Shiv Sena’s (Uddhav Balasaheb Thackeray) Rajya Sabha member Sanjay Raut came out of Mumbai’s Arthur Road jail on Wednesday evening, hours after he was granted bail by a special court in a money laundering case. At around 5 pm, Raut’s lawyers sent the bail order to Arthur Jail Road and at around 6.50 pm, Raut came out of the jail. He was in jail for about three months. While granting bail to Raut, Special Judge M.G. Deshpande reprimanded the ED a lot. The court came down heavily on Sanjay Raut and Praveen Raut for “illegally” arresting them.

I haven’t even seen the order and you have come to cancel the bail, in Raut’s case, HC told ED a lot

Special Judge MG Deshpande said Raut and his co-accused Pravin Raut were arrested “without any reason” by the central agency. The court said Raut’s house was raided on July 31 and he was not allowed to go anywhere throughout the day. He was then taken to the ED office and shown to have been arrested on August 1 at 12.35 pm. The court said there was no legal requirement to arrest him at midnight. The judge further said, “But it seems that the ED has ignored it. His presence could have been ensured through summons and not the manner in which he was arrested late in the night.”

Sanjay Raut’s attitude softened as soon as he came out of jail? Said- I have no enmity with anyone

The court said, “It is pertinent to note that after such an unusual midnight arrest of Sanjay Raut, and even during the first ED custody period, he was kept in a windowless room, where only around him There were four walls. [राउत] told that he has had angioplasty twice and has six stents in his heart. He also made a complaint before this court about how he was kept in a room where there is absolutely no ventilation. He could get some ventilation room in ED’s custody due to court’s intervention. All this prima facie indicates that his arrest is nothing but witch-hunt and murder of his valuable rights.”

The court also observed that the prime accused in the case, Rakeshkumar Wadhawan and HDIL promoter Sarang Wadhawan, as well as government officials who were responsible for the “mistakes” between 2006-2018, were never arrested. “Despite admitting Rakesh and Sarang as prime accused in the affidavit for their misdeeds and in the affidavit, Sarang Wadhawan was not arrested by the ED, he was released,” he said. But at the same time, Praveen Raut was arrested for civil dispute, while Sanjay Raut was arrested without any reason. All this clearly points to the inequalities of the ED in taking up the deliberately chosen case. The court cannot put a stay on this but is legally bound to create equality.”

The Bombay High Court on Wednesday refused to immediately stay the bail granted to Shiv Sena MP Sanjay Raut from a special court in an alleged money laundering case. The court said it cannot pass such an order without hearing both the sides. Along with this, it has fixed Thursday for hearing the matter. A special court had earlier granted bail to Raut and co-accused Pravin Raut and till Friday turned down the Enforcement Directorate’s request for a stay on the bail order.

The ED had arrested Rajya Sabha MP Sanjay Raut on August 1 for his alleged role in financial irregularities in connection with the redevelopment of Patra Chawl in suburban Goregaon. At the same time, after getting bail, his supporters started gathering outside Arthur Road Jail on the information of Raut coming out of jail. As soon as Raut came out of jail, the supporters started celebrating and raised slogans in his support. During this, supporters also burst firecrackers near the jail. 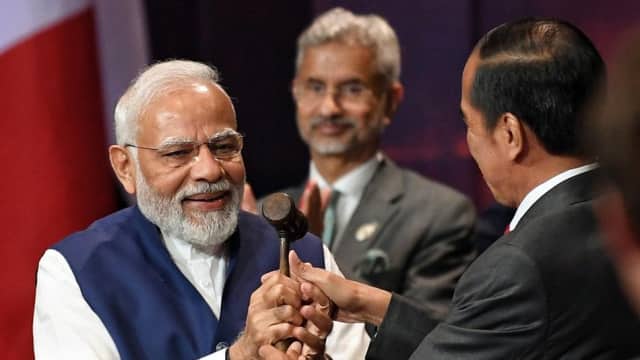