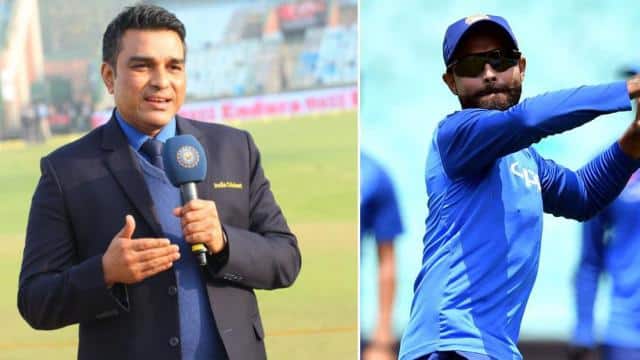 Former cricketer and commentator of the Indian team, Sanjay Manjrekar often gives his opinion on the selection issues of Team India. He came into controversy during the World Cup last year for his statement on Ravindra Jadeja, in which he said that he did not like players who perform in pieces. After this, Ravindra Jadeja had also heard a lot of tweet by tweeting Manjrekar. Due to all these controversies, he was also removed from the commentary panel of the IPL team. Recently, he also criticized the selection panel for being the vice-captain of Team India in limited overs cricket for KL Rahul’s Australian tour. Despite not being a part of the selection panel, the former Indian cricketer has once again questioned the selection of Ravindra Jadeja in the India team.

Irfan Pathan announced his return to the cricket field, will be seen playing on behalf of this team

In fact, one user tweeted that “Ravindra Jadeja does not fit for Team India’s T20 team and in his place Akshar Patel can prove to be a good option”. Sanjay Manjrekar wrote that I completely agree with you. In the IPL, Jadeja is currently playing for Chennai Super Kings under the captaincy of Mahendra Singh Dhoni, while Akshar Patel is part of the Delhi Capitals team. Talking of both the players in the IPL, both of them performed almost the same. During this time, both players were seen to contribute significantly to the team’s victory.

Ravindra Jadeja was dropped from Team India in 2017 due to poor performance in limited over cricket. Jadeja then made a comeback to limited overs cricket in 2019-20 and performed brilliantly for the team on the New Zealand tour. Sanjay Manjrekar himself was also impressed by his performance. In the 13th season of the IPL in the UAE, Jadeja has scored 232 runs for CSK and has taken five wickets in his name. Talking about Akshar Patel, it has been more than two years since he played for Team India. Akshar Patel, playing for the Delhi Capitals team in the IPL, has taken eight wickets and scored 66 runs in 11 matches so far. He scored a memorable performance against Chennai, scoring 21 runs from five balls and gave the team a significant victory.

Ishaan said, how can we get a long six even if there are no muscles

High court reprimands Kejriwal government, says- Corona out of control in Delhi, but relaxation is being given