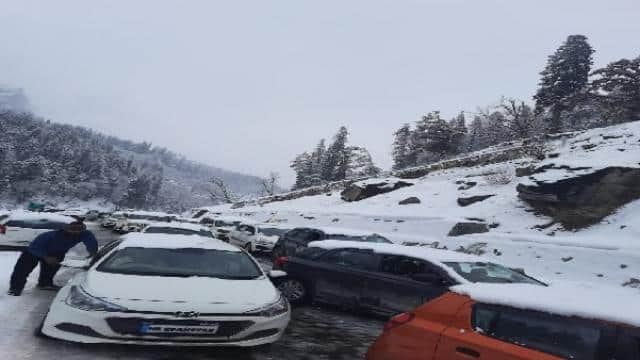 Sub Divisional Magistrate of Manali Raman Gharsangi said that efforts are being made to restart the traffic. The Rescue Team arrived at Find in Saturday night. About 20 rescue vehicles have also been sent along with the rescue team to help the stranded people. Taxis and a 48-seater bus have also been sent to Kulang to take the rescued people to another place. Rescue work is still going on.

Explain that the Meteorological Department had issued a ‘Yellow Alert’ for Himachal Pradesh on Tuesday and predicted heavy snowfall here. Along with heavy snowfall on 5 January, rain is also expected from 3 to 5 January in the low-lying areas of Himachal.

Bihar Vidhan Sabha Election 2020 Results: know what is the condition of the sons and daughters of the leaders who have entered the electoral battle, Shatrughan-Sharad’s son-daughter backward

By 2030, Indian economy will be at number three, leaving UK, Germany and Japan behind