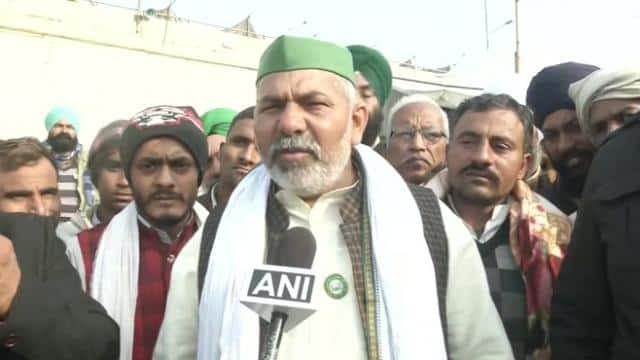 The seventh round of meeting between farmers and the government will be held today amidst the continuing agitation on agricultural laws. There will be a meeting between the government and farmer unions today at Vigyan Bhawan, at the Vigyan Bhawan, at the Vigyan Bhawan, on the borders of Delhi for the last one and a half months against agricultural laws, in which the agriculture minister Narendra Singh Tomar and Piyush Goyal will be on behalf of the government. There will be 40 union representatives on behalf of the farmers. Farmer leader Rakesh Tikait has told what will be the agenda of talks between the government and farmers to be held this afternoon. Also, farmers have warned that if their demands are not met today, then on January 6 and 26, a tractor march will take place in Delhi.

Indian Farmers Union spokesman Rakesh Tikait said that many issues are to be discussed. The government should understand that the farmers have now started this movement from their heart and they will accept nothing less than repeal of the laws. He told that the agenda of the meeting with the government will be – withdrawal of three agricultural laws, implementation of Swaminathan’s report and legislation on MSP.

He further said that 60 farmers have lost their lives during the agitation. Every 16 hours a farmer is dying. It is the responsibility of the government to answer this.

So far, 60 farmers have lost their lives during the protest. One farmer is dying every 16 hours. It is the responsibility of the government to answer: Rakesh Tikait, Spox, Bharatiya Kisan Union at Gazipur border

The seventh round of talks between govt & farmers to be held today. pic.twitter.com/RrlEyHrFN3

At the same time, before negotiating with the government, Joint Secretary of the Kisan Mazdoor Sangharsh Committee, Sukhwinder S. Sabra said in a strict tone that our demands are to repeal the three agricultural laws and guarantee the MSP as before. If our demands are not met, we will march the tractor on 6 January and 26 January.

Significantly, Union Ministers Narendra Singh Tomar and Piyush Goyal will lead the government, while 40 leaders of the Kisan Union will represent the farmers in the talks. Earlier on December 30, there was a sixth round of talks between the farmers and the center where they agreed with some things. In the last conversation, the government had accepted two things of the farmers – the Electricity Amendment Bill 2020 and burning of stubble is not a crime.

The race to the economy, the Modi government and the common man happy figures gave auspicious signs