There has been an outcry in Delhi-NCR due to rain for two days. The Gurugram district administration has advised employees of all corporate offices and private institutions to work from home and leave for private educational institutions in view of the possibility of heavy rains in the district on September 23. At the same time, in view of the meteorological department’s alert of heavy rain on 23rd September in Noida and Greater Noida, DM has instructed to keep all the schools from class one to class 8 closed.

According to the information, after the heavy rain on Thursday, in view of the forecast of heavy rain on Friday, 23 September, the Gurugram district administration has issued an advisory to all corporate offices and private institutions to send their employees home on Friday. To avoid traffic jams caused by rain and to facilitate repair and maintenance of road and drain agencies.

Along with this, all the private educational institutions located in the district have also been advised to declare September 23 as a holiday in their schools or colleges in public interest.

On the other hand, keeping in view the heavy rain alert of the Meteorological Department on September 23, Gautam Budh Nagar District Magistrate Suhas LY has instructed to keep all the schools from class one to class 8 in the district closed on Friday. The information has been given by the District School Inspector Dr. Dharamveer Singh. He said that on September 23, all the board schools from class one to class eight in the district would remain closed.

Waterlogging in Gurugram due to rain, slow speed of vehicles

Let us tell you that after heavy rains in Gurugram, Haryana, many parts were flooded due to which the roads were blocked. Till late night, the policemen were seen trying to clear the jam. Gurugram Police on its official Twitter page said, “Due to incessant heavy rains in Gurugram, there is waterlogging at some places and traffic is moving at a slow speed. Therefore, we request all of you that they should come out of the house only when necessary work is done. Sorry for the inconvenience.”

According to the police, the speed of vehicles was slow on the Delhi-Jaipur National Highway, Signature Tower Flyover, Hero Honda Chowk due to waterlogging. Waterlogging caused trouble in Mayfield Garden, Besai Chowk, AIT Chowk, Atlas Chowk, CRPF Chowk and Sector 10-A. Over 1,000 police personnel have been deployed across the city since the rains started on Thursday morning.

According to the district administration, Gurugram has recorded 54 mm of rain on Thursday, while Wazirabad has received 60 mm of rainfall. Manesar recorded 50 mm, Sohna 43 mm, Harsar 54 mm, Badshahpur 30 mm, Pataudi 20 mm and Farrukhnagar 29 mm till 5 pm.

Holiday on Friday in many schools of Faridabad

Due to heavy rains and waterlogging in Faridabad, adjoining Gurugram, many schools have been declared holiday on Friday. At the same time, online classes will also be held in some schools. Online classes will be held for children from pre-primary to second in DAV Public School, Sector 49. There will also be a holiday for the rest of the third to fifth class. Whereas Shiv Nadar School in Greater Faridabad has also declared a holiday. 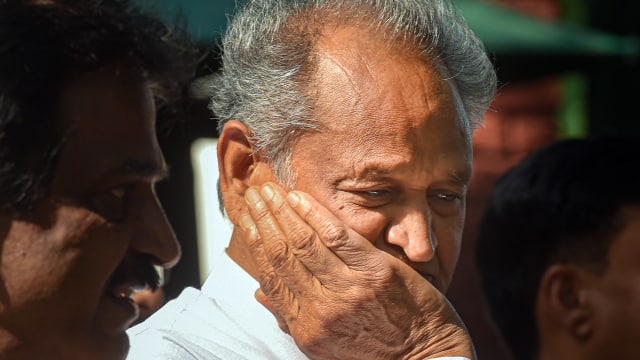