Will Rahul Gandhi contest the election of Congress President and take over the reins of the party? This is being speculated from the caption written by Rahul Gandhi while sharing a picture of himself on Facebook on Monday evening. While driving a boat at a place in Kerala, Rahul Gandhi has taken the rudder in his hand. Along with this, he has written in the caption, ‘When the boat gets stuck in the middle of the middle, then the rudder has to be taken in your hand. Will not stop, will not bow down, will unite India. This caption of his is also being seen as a sign of the condition of the Congress and his becoming the President. Although till now he has been refusing to become the president, while there has been a constant demand in the Congress that he should lead.

In such a situation, there is a discussion about his caption whether he has said about the condition of Congress that he is stuck in the middle of the middle. At the same time, the talk of taking the helm is being seen as a sign of accepting his leadership. However, there are speculations about it because till now Rahul Gandhi has not openly said anything about entering the election of the President. Rahul Gandhi, who went on the Bharat Jodo Yatra, had recently said about the question related to the president that only when the time comes it will be known who will become the president. He said that there is no confusion in our mind.

Tharoor vs Gehlot almost certain in Congress, twist will come from Rahul’s entry

Significantly, till now Congress committees from many states have passed resolutions and appealed to Rahul Gandhi to accept the responsibility of the president. Congress units in many states including Tamil Nadu, Gujarat, Punjab, Odisha, Jammu and Kashmir, Bihar have passed resolutions demanding Rahul Gandhi to take over. It is worth noting that there are also discussions about the fact that Ashok Gehlot can take the support of the Gandhi family in the election of the President and he can be challenged by Shashi Tharoor. However, if Rahul Gandhi himself takes the field, then the situation may change and the results may be one-sided.

What is the process of choosing Congress President

The process of nomination for the election in the party is starting from September 24, which will continue till September 30. After this, voting for the post of president will be held on October 17 and the results will be declared on October 19. The special thing is that after a long time, Congress has also announced elections in the Congress Working Committee ie CWC. 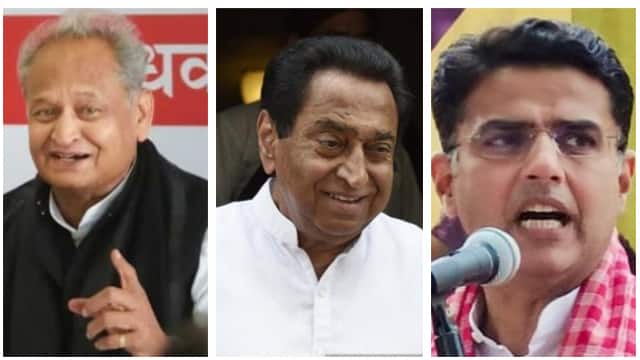