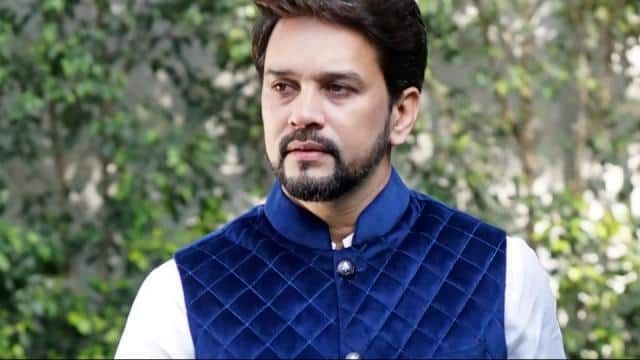 Union Minister Anurag Thakur on Thursday targeted Congress MP Rahul Gandhi and said that he should worry about his party, which has been steadily declining. In fact, Thakur was replying to the Congress leader’s tweet in which he criticized the policies of Prime Minister Narendra Modi, saying that for the first time in India, there was a recession.

Anurag Thakur said in the tweet, “Rahul Gandhi should worry about the Congress party. His performance is deteriorating continuously, his votes, seats and numbers are also decreasing. It shows that the Congress is declining. Congress only Does politics of appeasement. “

Rahul Gandhi must focus on his party. There’s discontent brewing against him in the Congress. He must retrospect to understand the reasons for the reducing vote bank, & why Congress numbers have dwindled in the Lok Sabha: Anurag Thakur, MoS Finance, on Rahul Gandhi’s tweet pic.twitter.com/H0jxJAWK1e

What did Rahul Gandhi say
Criticizing Prime Minister Narendra Modi’s policies regarding the country’s economic situation, former Congress President Rahul Gandhi said on Thursday that India is in the grip of economic recession for the first time. Gandhi tweeted, “For the first time in the history of India, there has been an economic downturn. The steps that PM Modi has taken have transformed India’s strength into weakness. ”

The Congress leader also posted a news report stating that according to the Reserve Bank’s estimate, the gross domestic product (GDP) will be 8.3 percent in July to September and the country will technically fall into recession.

Income tax raids, crores of rupees and jewelery recovered in 42 states of Sanjay Jain in many states including Delhi, Punjab

Jewar Airport: 1146 families of Rohi village will be resettled in Jewar Bangar, after re-survey, fixed the size of the plots