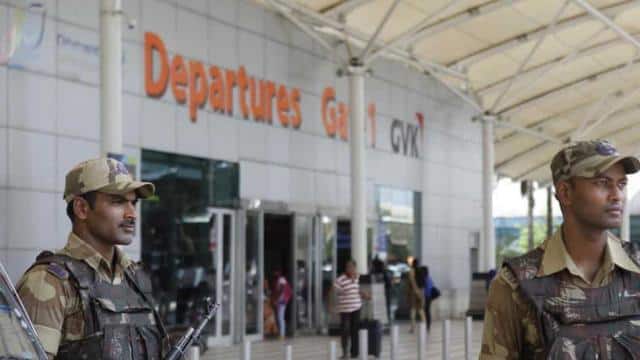 The security of the airport has been beefed up after videos of two Delhi-bound Indira Gandhi International Airport flights to London exploded on Thursday threatening to explode. Inside the airport premises, the CISF and outside Delhi Police are closely watching the passengers. Passengers entering are being allowed inside only after seeing the documents like satisfactory identity card, boarding pass etc.

CCTV cameras are profiling passengers. Uncovering the belongings of the suspects, it is being investigated. Apart from this, all the passengers going to London on 5 November have been profiled. QRT, Commando squad and SWAT team are active at the airport. Search dogs are patrolling. In fact, Gurupatwant Singh Pannu, an alleged terrorist associated with the Khalistan Commando Force and Sikhs for Justice, issued a message via video and voice calls to many people on the phone. The message said that on November 5, two Air India aircraft SI 111 and AI 531 flying from Delhi airport would explode. Pannu claimed that this blast will not make our organization raw. It was alleged that in 1985, a government agency exploded in an Air India aircraft.

We have got inputs that Sikhs for Justice (SFJ) has threatened that two Air India flights scheduled for London tomorrow will not be allowed to operate. The security has been tightened: Rajeev Ranjan, DCP, Indira Gandhi International Airport#Delhi pic.twitter.com/mKFKaimKsx

Deputy Commissioner of Police, Delhi Airport, Rajiv Ranjan said that information has been received about this. The video of a member of an organization called Sikh for Justice is going viral. Soon after receiving the information, we have increased the security at the airport. After receiving the information, CISF, Police and Dial related to airport security held a coordination meeting. After which the security is on high alert. CISF and Delhi Police personnel are keeping a close watch on the airport. Special cells and intelligence agencies of Delhi Police have also come into action. Local police have imposed surveillance on the routes used for airport movement. Investigation on picket has been extended.