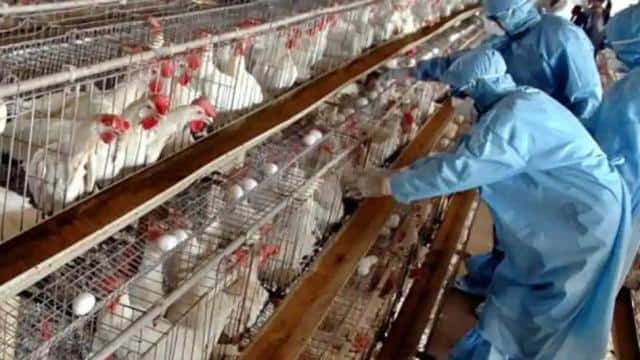 Be aware that since January last year, people stopped eating chicken, mutton, eggs on social media due to rumors of birds being corona. Experts say that the poultry industry had suffered a loss of 35 thousand crores to farmers producing maize, millet, soyabean etc. as fodder. While the poultry industry suffered a loss of 65 thousand crores and there was a livelihood crisis in front of the people associated with the industry. When doctors advised to eat chicken-eggs to increase immunity to fight corona. Then the industry started gaining momentum from June.

Experts of the poultry industry say that at present this industry has been reduced to 80 thousand crores, whereas the business of poultry industry-poultry farmer in India is about 1.25 lakh crores. The poultry industry is once again under threat from bird flu. Ricci Thopper, treasurer of the Poultry Federation of India, told ‘Hindustan’ that 60 lakh farmers across the country produce many crops to feed the poultry industry. While 30 lakh farmers are associated with poultry. In 2019, 40 million tonnes of meat were produced. He said that the symptoms of bird flu have not been seen in chicken-broiler yet. The government has said the same thing.

Growing fear of bird flu in the country, know where the ban on chicken sales

Animal Husbandry, Dairy and Fisheries Minister Giriraj Singh said in a tweet on Wednesday that most migratory-wild birds have been reported to die from bird flu at some places. Meat, chicken, eggs can be fully cooked and eaten. Bird flu has spread to 12 locations in four states, according to the Pushpalaan Department. It has not been confirmed to have been found in Chakan-Broiler.

Vijay Sardana, consultant and agricultural economist of the Poultry Federation of India, said that the government should start a plan to insure poultry farms and industry on the lines of crops. If the disease like bird flu spreads, the industry and its farmers will get compensation. People need to stay away from rumors spreading on social media about bird flu.

Six thousand crores lying in the account of the village chiefs, running for the removal

Sushil Modi said, my soul lives in Bihar government, those who leave BJP are never able to live in peace.