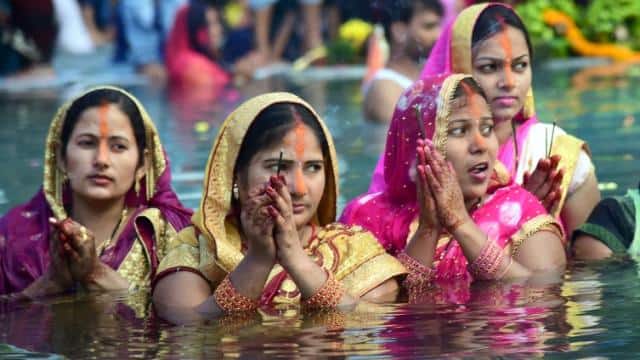 Prime Minister Narendra Modi rallied in Chhapra, Bihar on the last day of the second phase of campaigning. PM also mentioned Chhath Puja. PM said that in Corona period you do not have to worry about how Chhath Puja should be celebrated. Your son is sitting in Delhi. You just prepare for Chhath Puja. He said that during the worship of Chhath Mayya, thousands of thousands of women congregate on the banks of Gangaji, their biggest need is clean Ganga water, cleanliness. You are also seeing the effect of efforts made in the last years to clean the water of Ganga ji.

The PM said that there is no one in the world today who has not been affected by Corona, which has not been harmed by this epidemic. He said that the NDA government has tried since the beginning of Corona to stand with the poor of Bihar in this crisis. Giving free food grains to the poor. The PM said that during the Corona era, no mother has to worry about how Chhath will be celebrated. Hey my mother! If you have placed your son in Delhi, will he not worry about Chhath! Mother! You prepare for Chhath, your son is sitting in Delhi. Prime Minister Narendra Modi said that Bihar has a double engine of development and on the other hand there is a double-double crown. One of these double crowns is the crown prince of Jungle Raj. The PM said that the double-engined NDA government is committed to the development of Bihar, so these double-double crown prince are fighting to save their throne. These double crowns cannot think for Bihar, cannot think for the people of Bihar. He said that once in UP, the double crown wearing a black coat climbed on top of the bus and shook hands in front of people. He was returned home by the people of UP. A prince there has now met the prince of Jungle Raj. The double-double crown prince in UP will be the same in Bihar.

He said that the youth of Bihar should remember that in their childhood their mother used to say – stay indoors, do not come out, ‘Lakdasunghwa’ is roaming outside. Why did the children’s mothers scare them with woodcutters? They feared kidnappers, kidnappers.