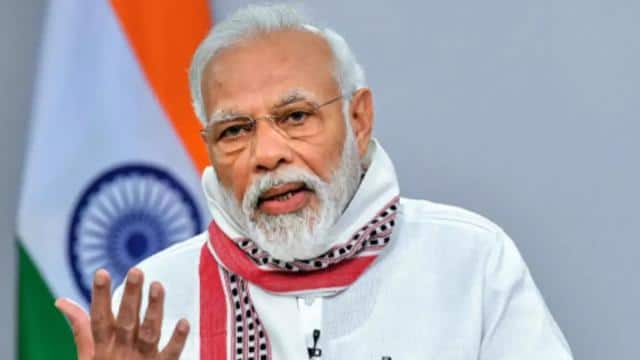 After crossing the majority figure in the trends of Bihar assembly elections, Prime Minister Narendra Modi said on Tuesday that Bihar has again told the world how democracy is strengthened. The PM said that every section of Bihar has expressed confidence in the basic mantra of NDA.

Prime Minister Narendra Modi tweeted, “Every class of village-poor, farmer-laborers, merchant-shopkeepers of Bihar has reposed faith in NDA’s core mantra of ‘Sabka Saath, Sabka Vikas, Sabka Biswas’. I again assure every citizen of Bihar that we will continue to work with full dedication for the balanced development of every person, every region. ”

He said, “Bihar has taught the world the first lesson of democracy. Today Bihar has told the world again how democracy is strengthened. A record number of poor, deprived and women of Bihar also voted and today have also given their decisive decision for development. ”

Village-poor, farmer-laborers, merchant-shopkeepers, every section of Bihar have relied on the NDA’s mantra of ‘Sabka Saath, Sabka Vikas, Sabka Vishwas’. I again assure every citizen of Bihar that we will continue to work continuously with full dedication for the balanced development of every person, every region.

Prime Minister Narendra Modi tweeted several successive tweets during the NDA’s move to majority in Bihar. He wrote in another tweet that Bihar’s young colleagues have made it clear that this new decade will be for Bihar and self-sufficient Bihar is its roadmap. The youth of Bihar have relied on their strength and resolve of the NDA. This youthful energy has now encouraged the NDA to work harder than before.

Self-confidence will give power to increase Bihar: Modi

Prime Minister Modi wrote that the sisters and daughters of Bihar have voted this time in a record number to show how big their role is in self-sufficient Bihar. We are satisfied that NDA got an opportunity to give new confidence to the mother power of Bihar in the past years. This confidence will give us strength in advancing Bihar. Every voter in Bihar has clearly stated that he is an aspirant and his priority is only and only development. The blessings of NDA’s good governance again after 15 years in Bihar show what Bihar’s dreams are, what Bihar’s expectations are.

What did Amit Shah say on the Bihar results?

Prior to Prime Minister Narendra Modi, Union Home Minister Amit Shah tweeted the election results of Bihar. He said that every section of Bihar has once again waved the NDA’s developmentism by denying hollow politics, casteism and appeasement politics. This is the victory of the hopes and aspirations of every Biharwasi… Narendra Modi ji and Nitish Kumar ji have double engine development. And finally Amit Shah has congratulated the BJP workers.

Congress preparing to take ‘revenge’ of 2017 in Bihar? Know what is the gesture of Bhupesh Baghel

Jewar Airport: 1146 families of Rohi village will be resettled in Jewar Bangar, after re-survey, fixed the size of the plots