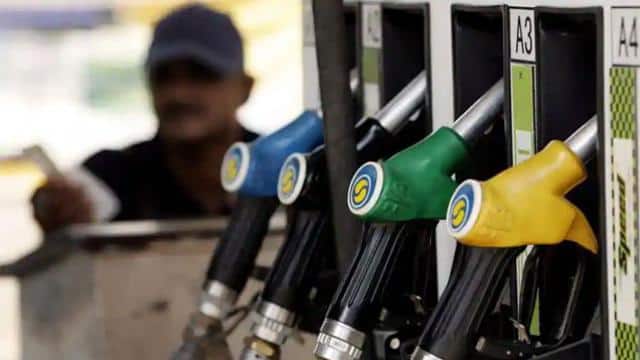 The government has no control over the prices of petrol and diesel. Petrol is out of government control in 2010 and diesel 2104. Public sector oil companies fix petrol-diesel prices daily from 16 June 2017. Earlier, prices were fixed every 15 days. But it has often happened that petrol and diesel prices stabilize during elections. If there is any change during the election campaign, it is done only to reduce it.

There was no change in the Karnataka assembly elections held in the year 2018 from 24 April to 14 May. Because, votes were cast in Karnataka on 12 May. Petroleum Planning and Analysis Cell’s Delhi data shows that this did not happen only in the Karnataka elections. During the Gujarat assembly election campaign this year, the prices of petrol and diesel continued to decrease. On December 12, 2018, after the second and last phase of voting ended, there was an increase of just nine paise.

Also read- Nitish ji and my relatives are not in politics: PM Modi

Even during the last Lok Sabha election campaign, there was a trend of price stagnation or decrease. A slight increase was made once or twice, but this increase was reduced within a day or two. However, Indian Oil Chairman Srikanth Madhav Vaidya had said recently that the price of crude oil has not changed much. Therefore, there is no need to change the retail prices of petrol and diesel.

Who should be Rohit or Kohli, captain of Team India, Virat’s coach Rajkumar Sharma gave the exact answer

10 thousand fine on selling firecrackers in Rajasthan and 2 thousand rupees on burning, decision due to corona virus