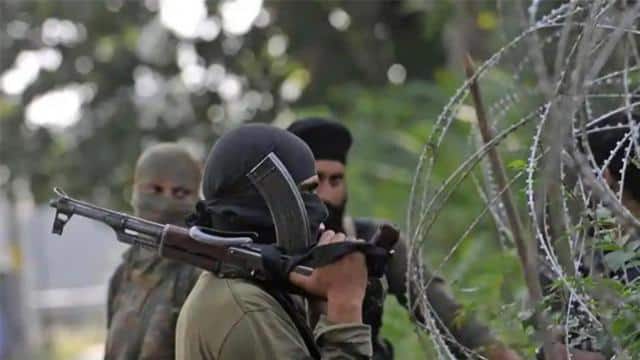 Pakistan’s intelligence agency and terrorist groups are now using applications in cyber and mobile space due to the strict vigil of Indian security forces Jammu Kashmir Have started recruiting in The security forces have made it difficult for them to have direct face-to-face contact. The officials gave this information on Sunday.

He quoted intelligence reports and technical surveillance as saying that ISI handlers of Pakistan often use fake videos of alleged atrocities committed by security forces to incite their feelings to engage new people. False discourses are being created for this.

Earlier, these pro-terrorism people used to physically contact them to involve new people in terrorist organizations. But after the vigilance of security agencies, these people were forced to change their ways. More than 24 terrorist modules were busted in 2020 by security agencies and more than 40 such terrorist supporters or sympathizers were arrested.

Officials said the two terrorists had come in contact with a Pakistani handler through Facebook, who persuaded them to be recruited and handed over to a recruiter named Khalid and Mohammad Abbas Sheikh. He told that both the terrorists were provided online training using various links available on forums like YouTube.

Officials said security agencies have busted several modules following intelligence provided by local residents. Officials said there were about 40 such cases. These people were awaiting orders from across the border. He said that terrorist groups are definitely facing a shortage of weapons and this is one of the reasons why Pakistan-based terrorist organizations are focusing more on sending more weapons.

The longest death of Assam CM Tarun Gogoi at the age of 84, PM Modi expressed grief

Increased anger against France in the Muslim world, thousands of people took to the streets worldwide