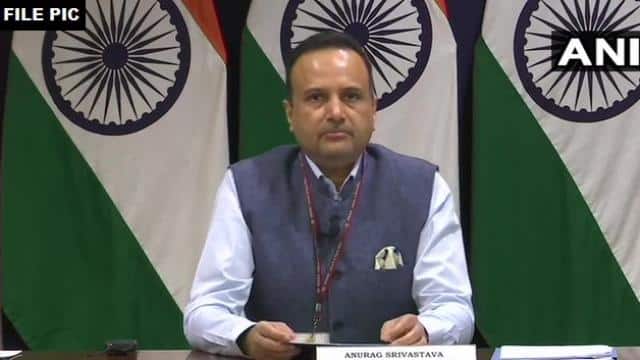 India has strongly objected to Pakistan Prime Minister Imran Khan’s declaration of grant of temporary province status to Gilgit-Baltistan. The Foreign Ministry has said that India rejects any change in the Indian territory forcibly occupied towards Pakistan. External Affairs Ministry spokesman Anurag Shrivastava said that Union Territories of Jammu and Kashmir and Ladakh, including Gilgit Baltistan, are an integral part of India. He also stressed that Pakistan should vacate the illegal occupation instead of changing the status of these areas.

“A government of Pakistan has no right to interfere with the forcibly occupied land because of the lawful, complete and irrevocable merger of Jammu and Kashmir into the Union of India in 1947,” a foreign ministry spokesman said. Such an attempt by Pakistan to hide illegal occupation cannot hide the human rights violations and deprivation of freedom for seven decades with people living in Pakistan-occupied territory. “The spokesman said that these Indians Instead of changing the status of the territories, Pakistan should immediately clear the illegal occupation.

Earlier, on 8 October, the Jammu and Kashmir Liberation Front and Student Liberation Front in Muzaffarabad town of PoK protested against the government’s possible decision of Gilgil-Baltistan. During this time, a lot of slogans were also raised against Imran Khan. At the same time, political activists say that they are willing to make sacrifices, but will not allow Pakistan to change the situation in the region. The people of Gilgit-Baltistan, who are living in other cities, have also decided to take the road against Islamabad’s decision.

Sushil Modi said, my soul lives in Bihar government, those who leave BJP are never able to live in peace.

There is no small or big from the post … Giriraj Singh, who is pointing towards Sushil Modi’s tweet?