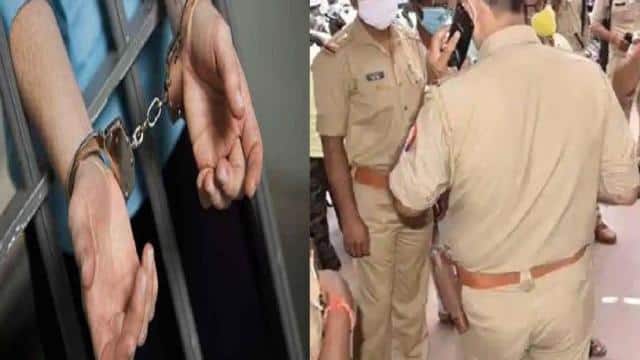 The shop owner has been seized over 30 kg of illegal firecrackers from a shop in Dabri area following a ban on firecrackers in view of pollution in Delhi.

Giving information about this on Saturday, the police said that two police personnel who went out on patrol on Friday received information that illegal fireworks were kept in a shop of Raja Puri in Dabri. He then raided the shop and arrested Rakesh Bansal.

Deputy Commissioner of Police (Dwarka) Santosh Kumar Meena said that upon reaching the spot, police found 34.6 kg of illegal fireworks in Rakesh Bansal’s shop. Police said that the shopkeeper has been arrested and a case has been registered at Dabri police station under sections of Explosives Act.

Explain that, in view of the dangerous level of air pollution in the capital, the Delhi government has completely banned the bursting and selling of all types of firecrackers in the capital on the occasion of Deepawali. In view of this, the Delhi government on Friday directed all district magistrates and deputy commissioners of police to implement a complete ban on all types of firecrackers, including green firecrackers, from 7 to 30 November.

An order from the Delhi Pollution Control Committee (DPCC) states that there will be a complete ban on the burning and sale of all types of firecrackers from 7 to 30 November in Delhi. Accordingly, the District Magistrates and Deputy Commissioners of Police should implement these instructions. There is also a need to submit a daily action report to the Delhi Pollution Control Committee.

According to the order, the city is surrounded by the third wave of the Kovid-19 epidemic. Due to the large number of crowd gathering due to celebrating the festival by burning firecrackers, not only the rules of social distancing will be violated, but the level of air pollution will also increase.

Delhi Chief Minister Arvind Kejriwal on Thursday announced the banning of firecrackers in view of the rise in Corona virus infection cases amid rising levels of pollution. Kejriwal had said that due to rising air pollution, the situation of Kovid-19 in Delhi is getting worse, so this time also people do not fire crackers. The Chief Minister had said that Delhi is currently facing Kovid-19 and increasing air pollution and the AAP government is doing everything possible to deal with it.

Appealing to people not to burst firecrackers on Diwali, he said that the situation of Kovid-19 in Delhi is getting worse due to increasing air pollution. So if we burst firecrackers this Diwali, then we are playing with our children and families.

Biden, who won the presidential election, Kamla Harris of Indian origin will be the Vice President: US Media