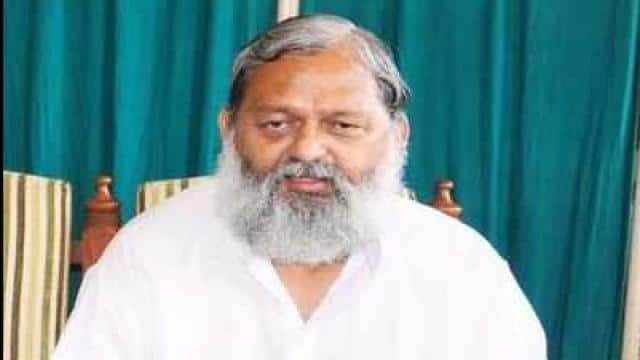 Nikita Murder case: Haryana Home Minister Anil Vij has targeted the Congress on Wednesday for the Nikita murder case in Ballabhgarh, Faridabad. Anil Vij said that the Congress is under pressure in Ballabhgarh incident, the accused is a relative of Congress leaders. The kidnapping case filed by the girl’s family in 2018 was withdrawn under pressure from Congress leaders. The SIT that has been created now will investigate the matter from 2018. Haryana Chief Minister Manohar Lal Khattar had on Tuesday assured that strict action will be taken against the accused.

According to the information, a Special Investigation Team (SIT) formed by the Haryana Police, formed to investigate the Nikita murder case, has started investigating. The SIT team went to the deceased’s house on Wednesday afternoon and met the victim’s family and also asked them some questions and answers on the matter. Police have arrested two, including the main accused in the murder. The police have presented them in court on Tuesday and taken them on two days remand.

Tousif, the main accused in the murder case, belongs to a politically influential family. Tausif’s grandfather Kabir Ahmed has been an MLA, while uncle Khurshid Ahmed has been a former Haryana minister. At the same time, another relative (brother in relationship) Aftab Ahmed is currently an MLA from Noon (Mewat) of Congress. The 21-year-old Tausif is pursuing a physio therapist who is in the third year. The second accused involved in the incident is Rehan resident of Rewasan district Nuh and he is a friend of Tausif.

#WATCH
Accused is a relative of Congress leaders. It was under pressure from Congress leaders that girl’s parents were forced to take back case registered against accused in 2018: Haryana Home Minister Anil Vij on Ballabhgarh case where a 21-year old woman was shot dead by a man pic.twitter.com/Zt5hRTUq27

A case was filed against accused Tausif in 2018

Police said Tausif had also kidnapped and taken the girl with him in the year 2018, on which a case was registered in Police Station Ballabhgarh. She was a minor at the time, Tausif and her family apologized after the case was filed. According to Nikita’s father, the suit was therefore withdrawn.

Accused read with Nikita till 12th

Police sources say Nikita has studied in a private school in the city from the fifth to the 12th standard. Accused Tausif is a native of Kabir Nagar, Sohna Gurugram, but had studied up to class 12 at Nikita’s school in Ballabhgarh and lived in a hostel here. Since then, he had fallen in love with Nikita unilaterally. He is also accused that he repeatedly harassed Nikita.

Significantly, in Faridabad, Haryana, on Monday, two miscreants riding a car, shot and killed B.Com final year student Nikita Tomar (20 years old), returning home after taking exams from Aggarwal College on Milk Plant Road. The girl was rushed to a nearby private hospital, where doctors declared her dead. After the murder, the accused managed to escape. This incident of murder was captured in a CCTV near the spot. The video of the incident is becoming very viral. According to the viral video, two boys are seen trying to forcibly pull the student into the car, but when he could not succeed, he fired a revolver and shot the student.