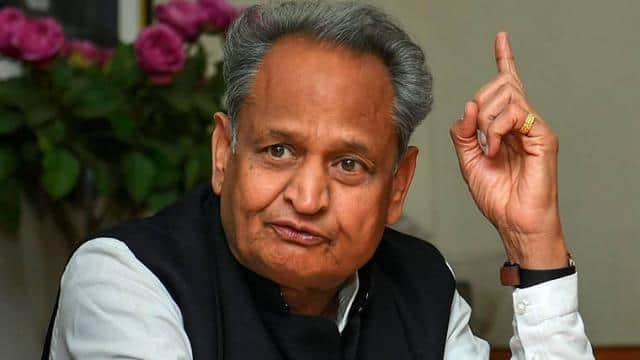 Chief Minister Ashok Gehlot called a meeting of the Council of Ministers at the CM residence late night after Corona revealed more than three thousand positive cases in Rajasthan on Saturday. In this meeting, points related to prevention of corona were discussed, expressing concern over the growing cases of corona. It has been decided in the meeting that night curfew will remain in sensitive districts including Jaipur, Jodhpur, Kota, Alwar, Bhilwara from 9:30 AM to 6 AM.

At the same time, another major decision has been taken that no more than 50 people will be able to attend the wedding ceremony. Let us tell you this number was 100 people. In such a situation, its direct impact will be seen in the marriage ceremony after Devuthani Ekadashi.

Read also: UP: More than 100 people will be banned from marriage

It is being told that Gehlot discussed with the ministers about possible decisions in the meeting. During this time, the ministers gave their opinion according to their region. Also authorized CM Gehlot to take decisions.

Kejriwal government rebukes HC for Corona – you were woken up from sleep, why did it take 18 days to reduce the number of guests in the wedding?

Bihar Assembly Election 2020: Noise for campaigning in 78 seats of final phase, voting on 7