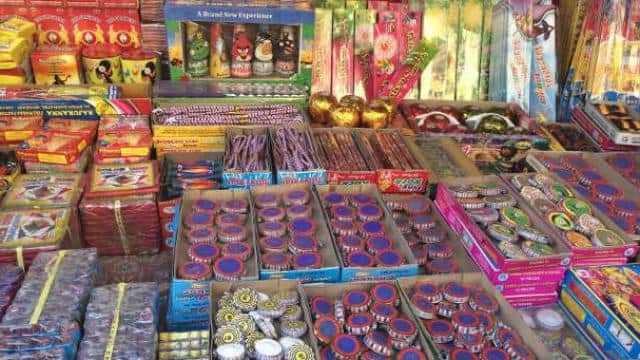 In view of the alarming level of air pollution in the capital, the Delhi government had banned all types of fireworks bursting and selling in the capital a few days ago on the occasion of Diwali. Now the National Green Tribunal (NGT) has ruled a complete ban against the sale or use of all types of firecrackers from midnight to 30 November in Delhi NCR.

The NGT said that only the green firecrackers can be sold in cities and towns where the air quality is ‘moderate’ or below that prescribed by the states. The NGT further said that the time limit for use and bursting of firecrackers is limited to two hours during Diwali, Chhath, New Year and Christmas Eve.

The cities / towns where air quality is ‘moderate’ or below, only green crackers be sold and the timings for use and bursting of crackers be restricted to two hours during festivals, like Diwali, Chhath, New Year / Christmas Eve as may be specified by the State, says NGT https://t.co/s7CuhSCuRn

At the same time, Rajasthan Chief Minister Ashok Gehlot was aware by tweeting last Monday that his government has been selling and bursting firecrackers to protect the health of Kovid-19 patients as well as to protect the public from the toxic smoke emanating from firecrackers. Decided to ban. A person who violates the order of the state government will be fined Rs 2000.

Maharashtra also issued guidelines to stop the spread of Kovid-19 during Diwali and the government urged citizens to avoid bursting firecrackers. The Calcutta High Court also banned the use and sale of fireworks on Diwali, Kali Puja, Jagadhatri Puja and Chhath in the wake of the Kovid-19 epidemic in West Bengal on Thursday.

What’s the latest update on the corona vaccine? Soon after PM Modi’s review, SII chief Adar Poonawala gave the good news, the first to make the vaccine available in India.