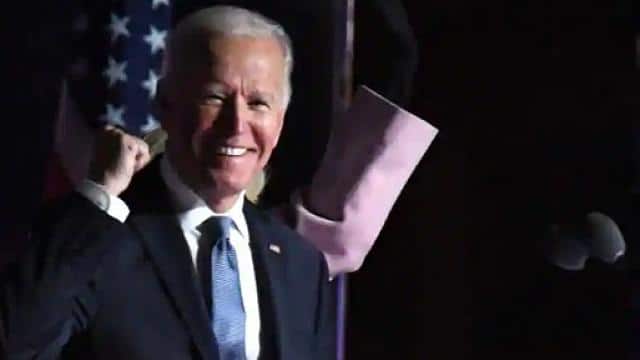 The results of the presidential election have come after a long wait in America. Supporters of Joe Biden and Vice President Elect Kamala Harris have gathered in Wilmington, Delaware to celebrate their victory against US President Donald Trump.

The new president, Joe Biden, was warmly welcomed while on stage. He thanked the supporters and said, “I do not look at the red states and the blue states, but only the United States.” Joe Biden said- I am proud of the campaign that we did together. This was the most diverse campaign that was put together.

Joe Biden thanked the minority communities for voting for him – I would also thank African Americans who stood by me. I have your support He also reached out to Trump supporters and said it would be difficult for them to reach, but they are also an important part of the nation-building process. Joe Biden, uniting a polarized nation, said – “Time is better for us,” as the world awaits the results of the US election.

Addressing his supporters on Saturday (late Friday night at local time), Democrat candidate Joe Biden said that we are going to implement our plan to control the corona virus from day one. He said, “American citizens have elected Democrats to take action on the Corona virus crisis, economic recession and racism, and we will work on it from day one.”

This announcement by Joe Biden clearly indicates that some stringent provisions can be implemented in the US to overcome the corona virus once again. As the Corona cases are increasing, cities can either be locked up again or stringent rules can be enforced regarding masks and social distancing. One reason for this is that for three consecutive days, new cases of Corona virus are being seen in the US.

Bihar Election: Tejashwi has communicated on Facebook, said- Biharis will only give 85 percent jobs

A record 131 deaths from Corona in Delhi, 7486 new patients found