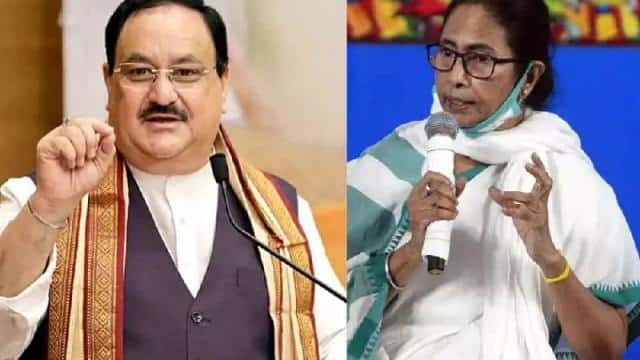 Bharatiya Janata Party (BJP) national president JP Nadda is again going to West Bengal on Saturday. This time, he is eyeing the farmers of the state and he will start a ‘one bowl rice’ campaign in East Burdwan district called Paddy Bowl in Bengal. Under this, party leaders and workers will go to the farmers’ house and ask for votes for the party in the next assembly elections with a handful of rice.

On the one hand, the ruling Trinamool Congress (TMC) government is preparing to call a special session of the assembly and pass a resolution against the agricultural reform laws of the central government, while the BJP is trying to woo Mamata Banerjee by saying that she is anti-farmer. A statement was issued by the BJP on Friday that Nadda would address the farmers’ Surokkha (Farmer Safety) meeting at Jagadanandpur village in Katwa. The party said that 40 thousand such meetings will be held in entire Bengal before the elections.

Read also: BJP’s big promise in Bengal, every farmer will get 18 thousand rupees

Nadda will also initiate a door-to-door collection of rice after worship in a famous temple here, which is named as ‘One Fist Rice Collection’. Nadda will go to a farmer’s house and have lunch here. “A handful of rice collection” is stated by the BJP to prove the party and its government’s commitment to the development, progress and prosperity of farmers. BJP will reach the homes of all 73 lakh farmers of the state before the 2021 assembly elections in West Bengal.

TMC responded to the campaign, calling it “ridiculous and pointless”. TMC MP and party spokesperson Saugata Roy said, “This is ridiculous.” At a time when thousands of farmers are protesting against the Centre’s agricultural laws at Delhi’s doorstep, going to a village in Katwa for a symbolic purchase of rice is futile. There is no problem with procurement in Bengal. Nadda should stay in Delhi and talk to the farmers, whose problems have not been solved yet.

Nadda will also perform puja at the historic Sarbamangala temple and will perform a roadshow from Burdwan’s Clock Tower to Kurjon Gate. After this, he will also address the media and members of the core committee of the party. This is a one-day visit to Nadda, he will return to Delhi in the evening. This is his first Bengal tour after the attack on Nadda’s convoy on 10 December going to Diamond Harbor in South 24 Parganas.

IPL 2020 MI vs DC: Will Trent Bolt join the playing XI in the final? Captain Rohit gave a big update on the fast bowler’s injury

Bihar elections: Today, Modi and Rahul Gandhi’s rallies rallies again, know when and where the second phase of the battle will begin

Why is Nepal building new police posts along the border with India? Know what is the intention of the neighboring country