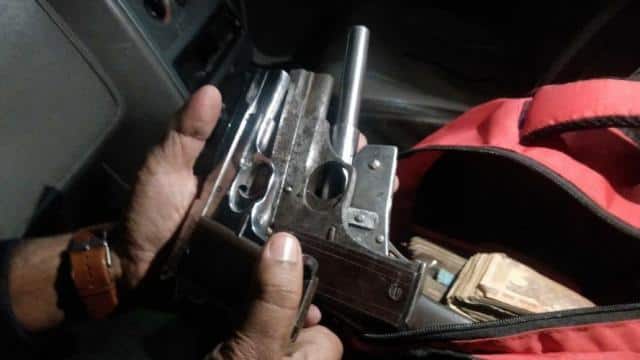 STF has arrested four robbers who committed robberies of 17 lakhs from Bandhan Bank located in Sakra police station area of ​​Muzaffarpur, Bihar. Over 16 lakh rupees of loot have been recovered from them. The looted money has been recovered from Kankarbagh in the capital Patna. This has been confirmed by ADG campaign Sushil Khopde.

The arrest of the robbers and the recovery of the loot money within 11 hours of the incident is considered a major success of the police. It is noteworthy that five bike riders entered the bank with crooks in Donaha of Bariyapur OP in Sakra police station area around 1.45 pm on Friday. Showing the fear of the gun robbed the cashier 17 lakh rupees. According to the information, he also fired several rounds there. The local police tried to apprehend them after the criminals robbed the bank but by then they had escaped. The shopkeeper Rajesh Sah was also shot by the miscreants during the robbery. The victim shopkeeper is being treated at Sakra PHC. Meanwhile, the STF achieved great success by exposing this sensational incident within 11 hours.

More than Rs 16 lakhs in cash along with arms recovered from accused. pic.twitter.com/4kj3w6Kxex

CCTV footage and bike help from miscreants
DSP Manoj Kumar Pandey arrived at the scene along with the entire team force after receiving information about robbery at Bandhan Bank branch. He took stock of the entire situation there. The police took the stolen bike of the criminals into their possession. Police questioned bankers and locals and tried to reach the miscreants. Eventually, they got their clue and four robbers climbed up to the STF.

Executed the incident in the film style
Bank manager Ratin Das said that the work was going on in the bank as usual on Friday afternoon at around one quarter. During this time some customers were also present here. Suddenly five criminals came inside. Everyone had a pistol in their hands. Criminals flanked bank personnel and customers by showing pistols. Two or three robbers then attempted to push the locker open, but it did not open. He then asked where the manager was. To this he said that he had gone out with the key to the locker. After this, the robbers collected Rs 17.29 lakh kept in the cash counter. The bankers and the people there made a noise as the robbers ran away from the bank. Meanwhile, the shopkeeper Rajesh Shah caught a crook, but the miscreant shot and injured him and escaped. The miscreants fired five to six rounds. One of his motorcycles was left on the spot during the escape.

Now India is taking action against terrorists not only in the country but also across the border: Rajnath Singh