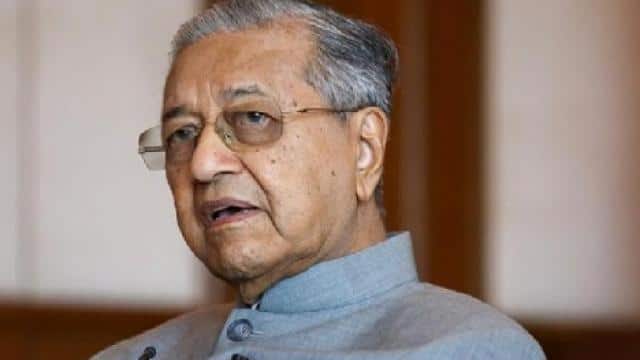 On Thursday, a terrorist attacked a knife in a church in Nice, France, killing three people. There is anger all over the country on this incident and all are expressing their condolences to France. But in the meantime, former Prime Minister of Malaysia Mahatir Mohammad has given a controversial statement. Supporting the Nice terrorist attack in a way, Mahatir bin Mohammed said that Muslims have the right to kill millions of French citizens.

Without mentioning the Nice attack, Mahathir on Thursday said in a blog post titled ‘Respect others’ that Muslims have the right to be angry and also complete killing millions of French citizens for genocides in the past Is right But Muslims have not yet moved from eye to eye. Muslims do not do this. France should not do this either. In return, France should teach its citizens to take care of other’s feelings. ‘ Mahathir referred to the incident of the murder of French teacher Samuel Patty when an 18-year-old boy showed cartoons of the Prophet in class.

21-year-old attacker from Tunisia, penetrated into church with knife and Quran

Mahathir described French President Emmanuel Macron as rude. He attacked Macron and said that it is not right to blame the whole of Islam for killing a teacher who insulted any religion. It does not appear that macros are decent. When you blame all the Muslims for the wrongdoing of an angry person and blame them, Muslims also have the right to punish the French. Just boycotting French goods will not be the right compensation.

Three people were killed in a knife attack by an assailant in a church on Thursday in Nice, France. Investigating officers have made a big disclosure in this attack in Nees city. The attacker has been identified as a citizen of Tunisia. The attacker entered the church in France with a copy of the Quran in his hand and a knife and then killed three people. This is the third such attack in France in the last two months.

The attacker who carried out the attack at Notredrum Church (Church) was injured while being apprehended by the police and is hospitalized. A bomber rammed the truck into the crowd during the Bastille Day Parade in 2016, a kilometer from the scene of the incident, killing dozens of people. The two police officers did not disclose the name, saying that the attack is believed to have been carried out by the attacker alone.