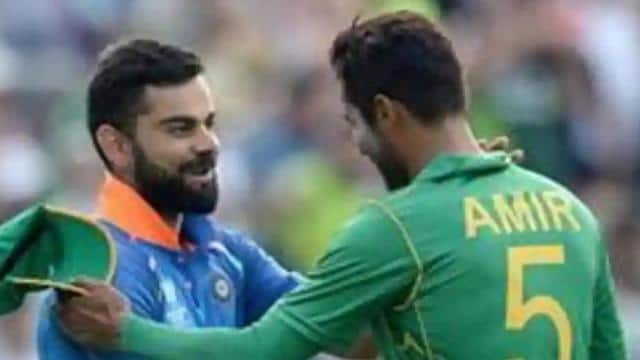 The first season of the Indian Premier League (IPL) was played in 2008. Pakistani cricketers have not had a chance to play in the IPL since the first season. Political as well as cricketing relations between India and Pakistan have deteriorated since the 2008 Mumbai terror attacks. The Pakistan Super League (PSL) is played on the lines of the IPL, in which Indian cricketers do not participate. Pakistan fast bowler Mohammad Aamir believes that politics should be cut off when it comes to sports. Aamir spoke about the possibility of playing Indian cricketers in PSL.

No bilateral series have been played between India and Pakistan since 2012-13, with both teams only playing against each other in ICC tournaments. Aamir, one of Pakistan’s best bowlers in limited overs cricket, said it would have been great if a great batsman like Virat Kohli and Rohit Sharma had played in the PSL. In an interview, Aamir said, ‘We have always said that cricket or any sport should be kept separate from politics as a player. I love the challenge, like bowling batsmen like Virat and Rohit.

Rohit Sharma returned to Mumbai after news of his father being Kovid-19 positive?

Aamir said that it would be good for the cricketers of both teams, if the cricketers from both countries got a chance to play in the T20 League of both the countries. He said, “Be it IPL or PSL, it will be good for the players.” 11 Pakistani cricketers including Shoaib Akhtar, Shahid Afridi, Mohammad Asif and Shoaib Malik participated in the IPL 2008. Azhar Mehmood is the only Pakistani cricketer who has played IPL since 2008, but on a British passport.

PM Modi-CM Patnaik expressed grief at the last farewell given to the tea bearer with state honors; Know how Prakash Rao improved the lives of children

If the annual income is more than 2.5 lakh rupees, it is necessary to file income tax returns – know the reason

Kumbh: No Entry of more than 20 thousand devotees at Harki Paidi, with the help of software, the devotees will control