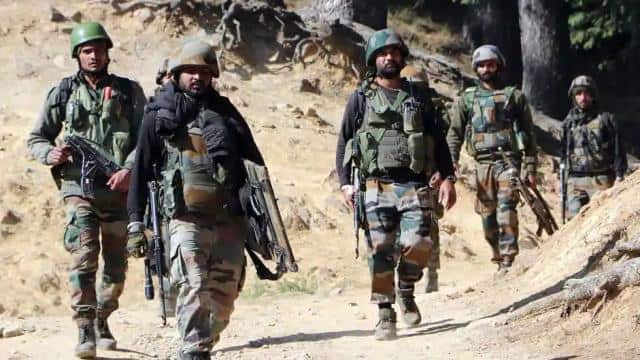 Security forces in Jammu and Kashmir’s Rajouri district on Friday launched a terrorist hideout and recovered Chinese pistols, explosive material and large quantities of arms and ammunition. Senior Superintendent of Police of Rajouri, Chandan Kohli told UniWatar that Jammu and Kashmir Police and Rashtriya Rifles have recovered weapons, ammunition and explosives by exposing the terrorists’ secret hideout in the jungles near Gambhir.

He said that on the basis of intelligence information, a joint team of Jammu and Kashmir Police and Rashtriya Rifles took this action jointly. Deputy Superintendent of Police Imtiaz Ahmed, SDPO Manjot Nisar Khuja and Manjakot police station in-charge Pankaj Sharma, along with army officers, carried out the operation in a dense forest area. During this time, the joint team found a base of terrorists in and around Mughal, which was built under the cover of big stones.

JP Nadda on killing of BJP leaders in Kulgam of Jammu and Kashmir, his sacrifice will not go in vain

The militant base recovered two automatic AK-47 rifles, two AK magazines, 270 AK rifles, two Chinese pistols, two pistol magazines, 75 pistol rounds, 12 empty kiosks, 10 detonators and five to six kilograms of explosive material. is. He said that searches are still going on in the area and the police is investigating the matter by registering an FIR under various sections.

The internal troubles of the Congress were not stopping, Kapil Sibal asked- Can any national party work without a president