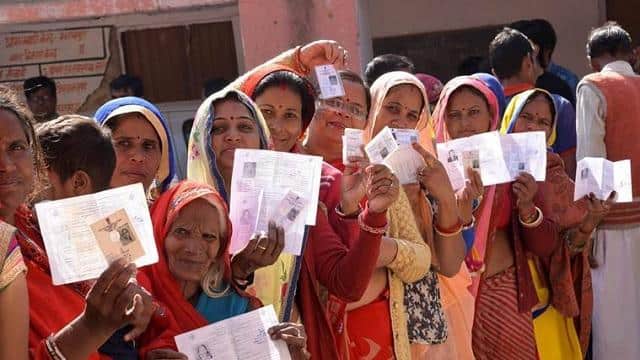 In Madhya Pradesh by-election, voting is being done for 28 seats in the assembly. However, violence and firing outside booths have also been reported during polling in some places. Madhya Pradesh police say that the incident had no impact on the turnout.

SP of Morena, Anurag Sujania said on the violent incidents during the by-elections- we have received reports of violence outside some polling stations. These incidents have not had any impact on voting.

Morena SP Suzania further said – We are investigating the video of the firing and some people have been arrested in one such incident.

read this also: Bharat Mata, Jai Shri Ram… How Modi attacked the opposition with the name of Sixth Maiya

We got reports of violence at few places away from polling booths. These incidentsn’t affected polling. We are probing videos of firing and have arrested few people in a such firing incident: SP Morena Anurag Sujaniya on violence during by-elections in Morena, Madhya Pradesh pic.twitter.com/1XYnnoDKYO

Significantly, this time during the election campaign for the by-elections, there was a lot of disrespect of the leaders in Madhya Pradesh. Senior Congress leader and former Madhya Pradesh Chief Minister Kamal Nath termed Women and Child Development Minister Imrati Devi as an ‘item’ during the election. This statement of Kamal Nath created a political ruckus in the state.

Winter can be colder than every year, this time Delhi’s winter, minimum temperature reached 7.5 degree Celsius

China’s tension is not reduced by the defeat of Trump, Dragon said – Biden will also continue vigorously