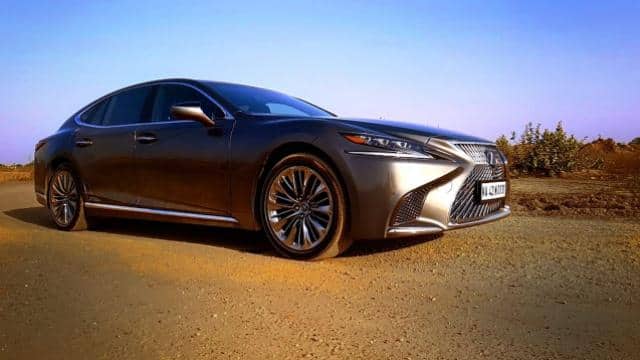 New car on new year? It’s not like this. This car is neither new nor old. This is a 2020 car that got me interested in its price.

If we talk about luxury limousines, what are the names that will come to your mind first? Mercedes S-Class, Audi A8, BMW 7 Series or maybe Bentley or Rolls Royce? These are all German or British car maker companies. In such a situation, the question arises why a Japanese carmaker brought the Lexus LS 500h at a price of around 2 crores. This price is the same as the S-Class Maybach, not the Mercedes S Class.

Lexus is the luxury division of Japanese car maker company Toyota. Apparently, Lexus is an almost three decade old brand but Toyota is a more popular name in India. 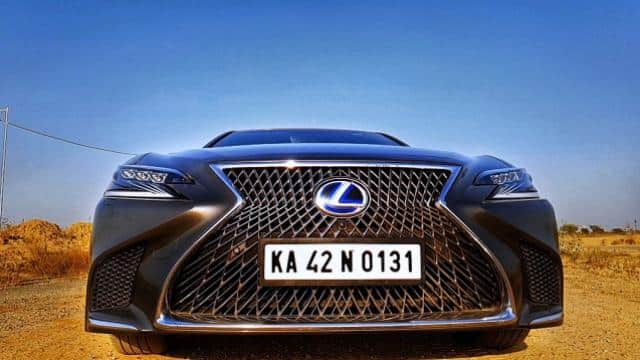 Exteriors
As soon as this car arrived, the first question in my mind was- where to park it? It is quite a long car. Its length is more than 5 meters. Talking about dimensions, the car has a length of 5235 mm, width 1900 mm and height 1450 mm. The Lexus looks more sporty in front of German cars than it does. When you look at the Lexus flagship sedan LS 500h, you will find that German car designers are going through a depression. In comparison, the German car does not look as attractive. 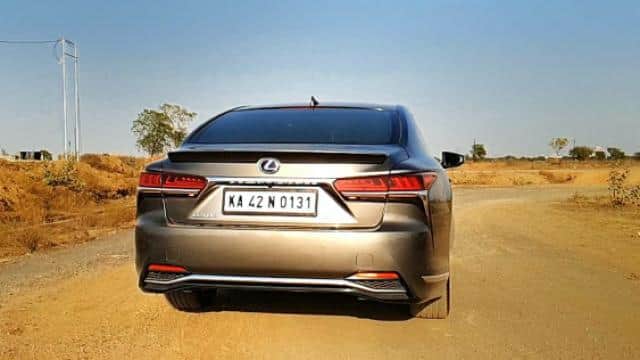 The best look obviously comes from the front of the car. The front has a large spindle grille, which extends over the entire front face. It has Z-shaped matrix LED headlamps, which further improve the overall look of the car. The side profile gives you 20-inch alloys. This car looks slightly lower than its competitors. I found the 6-window design quite attractive. Two more windows (small) are given behind both rear windows of the car, which also has a strip of chrome. The rear design of the car is also good. It is not as aggressive as the front, although the use of chrome looks great.

Whatever I have driven it in 48 hours, it definitely proves that people turn the car around. 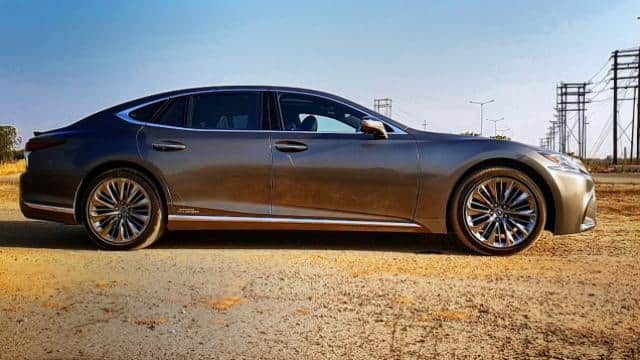 The engine
The car gets a 3.5 liter V6 petrol engine paired with an electric power unit. The engine generates torque of 359 hp and 350 Nm. The company claims that the car attains a speed of 0 to 100 kmph in 5.6 seconds. These figures are good on paper, but when you increase the speed of the car it makes little sound. And this is probably because this car was not built for very high speed.

Despite the tightest suspension settings and sports modes, the Lexus LH 500h doesn’t look as fun as its competitors, such as the BMW 7 Series (I didn’t drive the Mercedes S-Class or the Maybach, so not comparing them).

The petrol engine is mated to a 4-speed automatic transmission in this car, while two electric motors that power the rear wheel come with a 6-speed CVT. This way the car gets a 10-speed transmission and the rubber band effect found in the CVT is also less. However, it may not be fun for those who have used a BMW Steptronic or Audi DSG gearbox. Talking about the positive side, the size of this Lexus car does not feel despite being so big. The effect of changing the drive modes is also felt not only in the suspension but also in the steering. You can enjoy weekend drive in this car.

The interior
The interior of the car is based on Omotenashi (Japanese version of Atithi Devo Bhava:). This shows how Japanese hosts work on the details and take care of the needs of their guests. An example of this is when you open the door to go inside the car, the air suspension lifts the car up so that you can sit easily. After this, the seat belt holder automatically comes up, allowing you to place the belt. And finally the steering also gets into a better driving position. It also features climate concierge in addition to 4-zone climate control, which calculates and adjusts the body temperature of the driver and all passengers. The car’s cabin reflects the Japanese artwork Takumi craftsmanship and features a lot of handwork. Its flowing dashboard is wrapped with leather and even after a lot of effort, I did not see a single lack in stitching. Its door panels show Japan’s origami art (origami) and glass-cut pattern (Kiriko).

However, not finding Android Auto and Apple CarPlay support in the car these days seems a bit strange. It is recommended to download the Lexus app for this car, but I did not do so. Another drawback is that the car offers a 12.3-inch infotainment system, but does not have touchscreen support. A laptop-like track pad has been given to control it. This track pad is a bit difficult to use, but while driving, you cannot even think of operating it. When you reach the rear seat, you understand the real meaning of this Lexus car. In the Lexus LS 500h you will love to travel backwards. Its backseats recline up to 50 degrees and adjust in 22 ways. There will also be no shortage of seats in the rear. Through the central touch console provided here, you are able to control entertainment panels (it has a Blu Ray player) for lights, shades, seat massage, music or video.

It has a Mark Levinson surround system with 23 speakers, which cancels the noise inside and gives the sound quality that any music lover likes. The thing to note is that the seat can be made for the third person by raising the rear hand rest, but it becomes a bit difficult for three people to sit back.

Our decision
The Lexus LS 500h looks different in the luxury limousine lineup. The rear seat of the car is such that you will feel relaxed after a day’s fatigue. However, it is not as fun to run and if you look at the price, it will not be called the best performance car. This car is for those who like to sit back. But if you like driving, then it is better to go to other options.

BJP leader Chaudhary Birendra Singh justified the farmer movement, said – supporting the farmers is not opposed to the government

Weather Forecast Updates: Severe cold, cold winds in many areas of the country, chill in Delhi to UP, know the condition of other cities