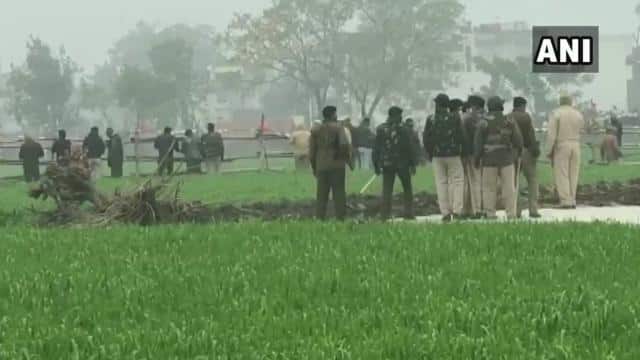 In Karnal, Haryana, the police have used water canons and released tear gas shells on protesting farmers protesting Chief Minister Manohar Lal Khattar’s program. There are also reports that the police have also lathi-charged the protesting farmers. In fact, Manohar Lal Khattar in Kaimla village of Karnal district is about to address the peasant mahapanchayat, which was organized by the BJP, when the farmers were marching towards the village to protest against it.

According to news agency PTI, the Haryana Police on Sunday used water canons and teargas shells to prevent farmers from demonstrating towards Kaimla village in Haryana’s Karnal district, where Chief Minister Manohar Lal Khattar will address a ‘Kisan Mahapanchayat’ . The police have made elaborate security arrangements for the Chief Minister’s visit, where he will talk to the farmers about the benefits of agricultural laws.

However, the protesting farmers, who are demanding the repeal of the law, had already announced their opposition to the ‘Kisan Mahapanchayat’.
While marching towards Kaimla village, farmers were shouting slogans against the BJP-led government. Police have installed barricades at the entry points of the village to prevent farmers from reaching the venue.

IND vs AUS: Hardik Pandya said, I should not have given this player the man of the match award

Shivraj said on ‘Love Jihad’ – If anyone acts disgusting with our daughters, I will break them