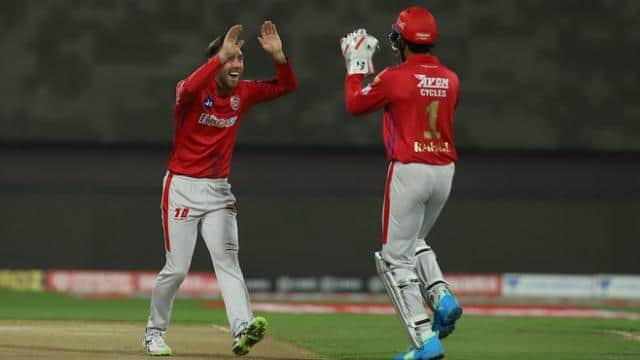 In the 46th match of the Indian Premier League (IPL) 2020, Kolkata Knight Riders are facing Kings XI Punjab today. In this match, Punjab captain KL Rahul has decided to bowl first by winning the toss against Kolkata. The bowlers of the team proved their captain’s decision to be right and by reaching 10 runs, KKR took three wickets. It also includes the big wicket of opener Nitish Rana on the second ball of the first over by Glenn Maxwell who played a blistering knock of 81 runs in the last match.

In this match, KL Rahul started bowling with spinners instead of fast bowlers. Nitish played a sharp shot off the ball going towards Maxwell’s leg side which went straight into the hands of Chris Gayle, who was fielding on the leg side. Here, a run was not added to the team’s account. It was very difficult for Nitish Rana to get out on zero in this match as he won his team by playing a blistering innings of 81 runs in the last match itself. This catch has been posted on the IPL website.

Talking about the batting of Glenn Maxwell, he has played more than a hundred balls in IPL 2020 so far but his misfortune is that he has not been able to hit a six even once. Apart from this, he has scored 102 runs in 11 matches of the tournament, also disappointing with the bat. Maxwell would definitely like to return to his form during the Punjab innings and play a memorable innings for the team.

Kolkata’s team has managed to win six out of 11 matches so far and have lost in five matches. At the same time, Punjab has won five of its 11 matches and lost six. In this way, Kolkata is at number four in the point table with 12 points, while Punjab is at fifth position with 10 points. In this match, the team of Kings XI Punjab has descended without any change. The Kolkata team has also not made any changes in the playing eleven for this important match.

Kamal Nath expressed regret over the itemized statement, said – did not say to insult anyone

The Governor of West Bengal has done sarcasm on Bimal Gurung – a fugitive of law, is also a fugitive for society.