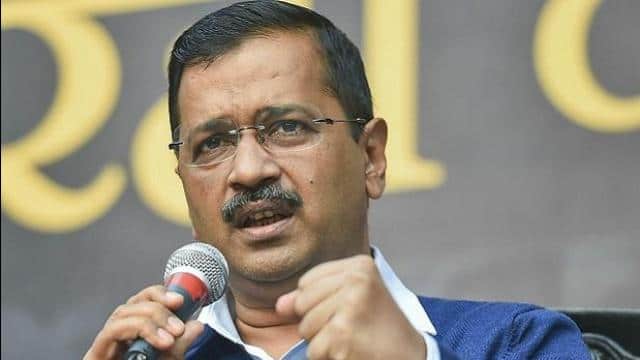 Chief Minister Arvind Kejriwal held a meeting with officials of several departments on Thursday evening to review the situation. During the meeting, several important decisions were taken, such as going to the Supreme Court to reserve ICU beds in hospitals and increasing target testing in Delhi and banning crackers.

Kejriwal said today that due to rising air pollution, the situation of Kovid-19 in Delhi is getting worse. Due to this, he has also appealed to the people not to burst firecrackers. The Chief Minister said that Delhi is currently facing Kovid-19 and rising air pollution and the AAP government is doing everything possible to deal with it.

Appealing to people not to burst firecrackers on Diwali, he said that the situation of Kovid-19 in Delhi is getting worse due to the increasing air pollution. Playing with

2. Increase in other facilities including oxygen beds, ICU beds in hospitals.

3. Delhi High Court has stayed the order to increase ICU beds in private hospitals, which will be challenged in the Supreme Court.

5. Every effort will be made to reduce the death rate.

According to the latest figures released by the Delhi government, the death toll rose to 6,703 after 51 more patients died due to infection in the capital. After screening 58,910 samples on Tuesday, infection was confirmed in 6,842 people and the rate of infection increased to 11.61 percent. According to the bulletin, 37,379 patients are currently undergoing treatment in Delhi. Till Sunday, more than 5,000 new cases of infection were coming up in Delhi for five consecutive days. The total number of infections in Delhi has reached 4,09,938.

RJD blamed Congress for loss, Shivanand Tiwari said – Rahul Gandhi was having a picnic during the election