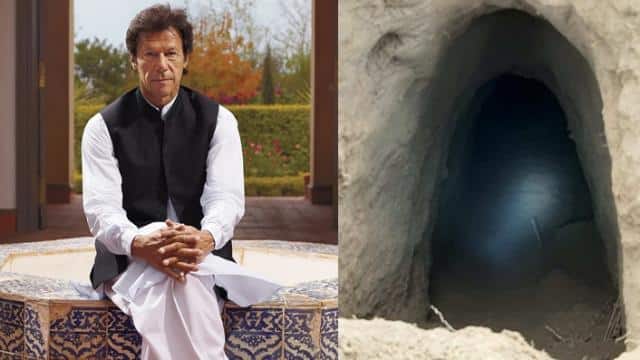 Indian security forces on Wednesday discovered a tunnel along the international border in Jammu and Kashmir’s Kathua district. Officials say that this tunnel was built by Pakistani security forces to infiltrate terrorists in Jammu and Kashmir. This is the second tunnel since November last year. The Border Security Force (BSF) special team that traced the tunnel says that it is similar to the tunnel discovered in November. Through this, the Pakistan Army tried to infiltrate the terrorists trained in the terrorist camps. “The entry of the tunnel was about 300 feet from zero point and 65 feet away from the fence along the Indian border,” said the BSF official. Imran Khan’s planning is also known from the tunnel. Pakistan is constantly trying to hinder the peace made in Kashmir.

The BSF officer further said that in view of the last tunnel, we felt that the Pakistan Army had started building a new route to infiltrate and send terrorists and that is why we formed special teams. Counter-terrorism officials present in New Delhi said that the finding of the tunnel also explains the ceasefire violations by Pakistani soldiers. He said that it has been an old strategy of the Pakistani security forces that they firing on the Indian border to divert attention. Usually, this helps the terrorists to infiltrate into India.

At the same time, the number of cases of ceasefire violations committed by Pakistani security forces on the border in Jammu and Kashmir has registered a rapid increase. Looking at the data collected by the Jammu and Kashmir Police, last year there were 930 cases of ceasefire violations, 54 per cent more than the previous year. That is, last year, more than 605 times Pakistani security forces violated ceasefire. At the same time, the recruitment of terrorists has also increased by 22 percent.

A Jammu and Kashmir police officer says that the security forces are fully prepared. Of the 174 terrorists recruited in 2020, only 52 are active. “Of this, about 50 were arrested or surrendered themselves,” said the officer. Security forces killed 76 militants in various operations. “A national security planner in Delhi said that Pakistan’s military’s approach to infiltration of terrorists through the tunnels showed that it wanted to keep Kashmir in check.” Huh. The Pakistani side was earlier believed to have stopped attempts to infiltrate in the cold weather, but the tunnels suggest that General (Qamar Ahmed) Bajwa does not want the infiltration of terrorists to stop.

Controversial statement of famous poet Munawar Rana on the terrorist attack in France, said – If you make an offensive cartoon, you will kill it

Bihar: Voting will be decided by new assembly speaker today, Vijay Sinha from NDA and Awadh Bihari from Mahagathbandhan