Prime Minister Modi inaugurated Central Vista Avenue. During this, Rajpath was formally renamed as Duty Path. On this occasion, Prime Minister Modi said that today another identity of slavery has been erased. He also targeted the Congress by referring to Netaji Subhash in gestures. Now the reaction of Congress has also come to the fore. Senior party leader Jairam Ramesh directly attacked PM Modi and called him a ‘super campaigner’.

In a tweet, Ramesh said, in 1942 the RSS was opposing the Quit India Movement and supporting British rule. Today the ‘super campaigners’ are telling that they have erased the symbol of colonial rule. This is nothing but a dropped attempt to distract from the issues. There is no limit to the actions of this person.

From Kings-way to Rajpath and now Duty Path: The story of the historical roads of Delhi recorded in the pages of history

Congress is making fun of the decision of Modi government on one hand and on the other hand Congress leader Milind Deora has appreciated this move. He had tweeted saying that this is the apt name of the road that leads to the temple of the world’s largest democracy. He had said that it is an inspiration for every public servant. At the same time, Pawan Kheda of Congress had said that if the name of this path was changed to Rajdharma Path, then Atal ji’s soul would get peace.

Why was it named Rajpath?

Daral was renamed Kingsway when King George V came to Delhi to attend the Delhi Durbar during the British rule. After independence it was Hindiized and the name was changed to Rajpath. From then till today it was known as Rajpath but now it will be called Duty Path. PM Modi said that when any person walks on this path, he will realize his duty and responsibility.

Prime Minister Modi indirectly targeted the Congress during the inauguration and said that after independence, the megastar Netaji Subhas Chandra Bose was forgotten. His symbols were ignored. Apart from this, he said about the path of duty that if the path was the Rajpath then how would people realize. Rajpath was for the British Raj. Its structure was also a symbol of slavery. Today its structure has also changed and the soul has also changed. 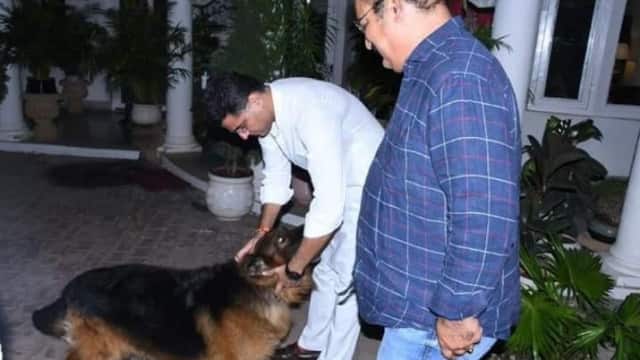