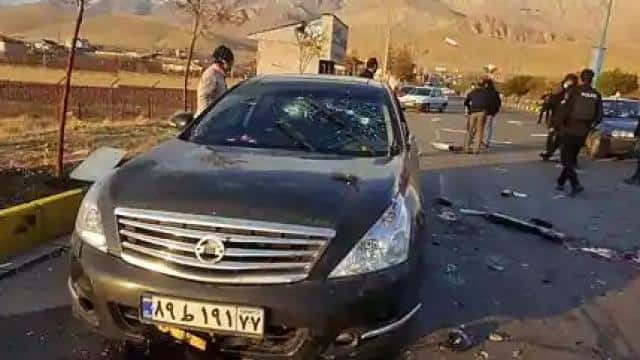 A top Iranian security official on Monday alleged that Israel had remotely killed an Iranian scientist using electronic equipment that laid the foundation for the country’s military nuclear program in the 2000s. Ali Shamkhani, secretary of the Supreme National Security Council of Iran, made the said remark during the tadafin (burial) of scientist Mohsin Fakhrizada. At the same time, Iran’s Defense Minister Aamir Hatami pledged to pursue the work of scientist at a rapid pace.

Israel has been suspected for a long time that it has had a hand in the killing of Iran’s nuclear scientists over the past decade. However, he declined to comment on the attack. Fakhrizada used to lead Iran’s’ AMAD program. Israel and Western countries have alleged that this is a military operation trying to make nuclear weapons.

Shamkhani’s comment has changed the story of the killing of the scientist on Friday. Authorities initially said that a truck exploded and then gunmen arrived and shot and killed the scientist.

In Iran, the English-language official ‘Press TV’ reported earlier that a weapon was found from the Mauk-e-Varadat bearing the Israeli military industry logo and other identities.

The Arabic-language state-run TV channel Al-Alam has claimed that the weapons used in the assassination were controlled via satellite. The semi-official news agency Persia also claimed this on Sunday. However, no media institution offered any immediate evidence to support his claim.

“Unfortunately, the operation was very complex and has been carried out using electronic equipment,” Shamkhani told Government TV. No person was present on the occasion. He also blamed Iran’s exiled organization Mujahideen-e-Khalq for playing a role in the attack.

However, Fakhrizada’s tussle on Monday occurred on the outskirts of the Iranian Ministry of Defense in Tehran. It was attended by General Husseini Salami, the head of the Revolutionary Guard, General Ismail Ghani, the head of the Quds force of the Guard, Ali Akbar Sahei, the head of the civil nuclear program, and Mahmood Alvi, Minister of Intelligence Affairs.

PM Modi reached Bengal, said – India is giving a befitting reply to the attempt to challenge the sovereignty of the country.

This Tamil Nadu cricketer announced his retirement, had a great performance in the first season of IPL

INDvAUS: Captain Virat Kohli, who came to the rescue of the team after the crushing defeat against Australia, said – Don’t make a mole of mole