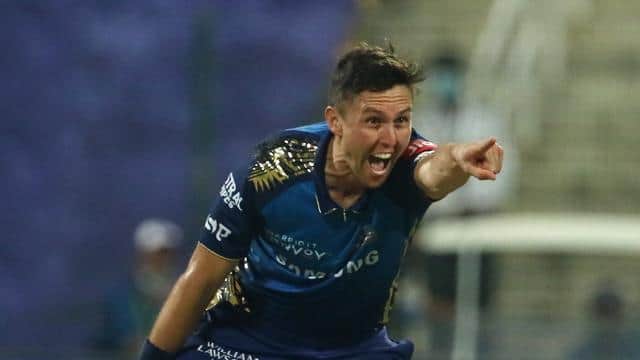 Former Australia captain and currently Sunrisers Hyderabad head coach Tom Moody feels that the biggest ‘mistake’ made by Delhi Capitals to trade fast bowler Trent Boult last year for Mumbai Indians. Delhi included R Ashwin and Ajinkya Rahane in their squad in place of Trent Boult and other players last year. After the arrival of Bolt, the bowling lineup of Mumbai has become very strong and the team is performing well.

‘Mystery spinner’ Varun Chakraborty may be out of the team for Australia tour, know what is the reason

Bolt is in superb form this season and is also an important reason for the team’s success with Jasprit Bumrah. Mumbai have made it to the finals of IPL 2020 and are just a step away from their fifth IPL title. Bolt has taken 22 wickets in 14 matches so far. Talking to ESPNcricinfo, Tom Moody said that at one time the Delhi Capitals probably did not know that the tournament would be played in the UAE. Bolt proved to be extremely dangerous playing for Mumbai, as there was a venue in the UAE where the ball swings a lot.

Should Virat be removed from RCB captaincy, know Sehwag’s answer

Moody described Bolt as Powerplay’s best bowler. Moody said that Bolt is one of the best powerplay bowlers in the IPL. His superior performance has made Mumbai the strongest team in the entire tournament. Bolt played a key role in defeating Delhi in the first qualifier. The IPL final between Delhi and Mumbai will be played in Dubai on Tuesday. Mumbai has made it to the final for the sixth time while Delhi has reached the final for the first time.

These amazing features coming in Whatsapp, from Read Later to multi-device support

PM Kisan: Get 36000 rupees from Modi government without spending out of pocket