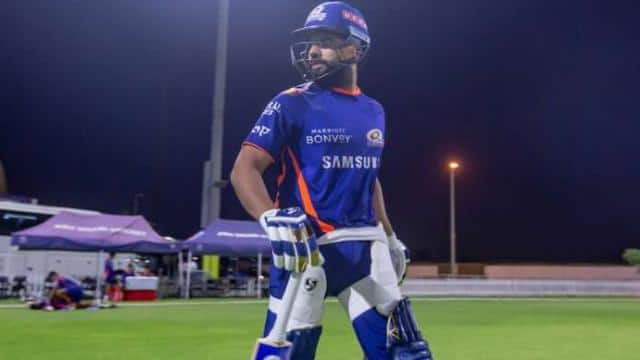 Mumbai Indians acting captain Kieron Pollard said on Saturday that the team’s regular captain Raheit Sharma is recovering from a left leg muscle strain (hamstring injury) and will return to the team soon. In the IPL match against Kings XI Punjab, Rohit’s left leg muscle was stretched after which the selection committee of the National Team did not give him a place in the team going on tour to Australia. Pollard said at the award ceremony after the team’s resounding nine-wicket win against Delhi Capitals that Rohit is getting better and hopes to return soon.

Rohit was likely to field on November 3 for the Mumbai Indians last league match against Sunrisers Hyderabad, but the team clinched the top two teams in the point table after defeating the Delhi Capitals in Dubai on Saturday. In such a situation, that match will not have much importance for the team. A source monitoring Rohit’s injury told PTI on the condition of confidentiality that there is a high possibility that Rohit will play in the play-offs. After the team is confirmed in the top two, they will have extra time to get fit. Pollard, who led Mumbai to 16 wins in 17 matches (in different seasons) as the caretaker captain, seemed quite satisfied with the current performance of the team.

He said that we have to do well in two matches and secure a place in the final. It looks like this year is ours (Mumbai team has won the title in odd years), this year is going well for us. Pollard praised Ishaan Kishan, who played a key role in helping the team win by scoring an unbeaten 72 off 47 balls. He said that Ishaan is getting better with every match and when he is in rhythm it is not easy to stop him. He started batting at number four for the team but is now performing brilliantly by opening the innings.

The Governor of West Bengal has done sarcasm on Bimal Gurung – a fugitive of law, is also a fugitive for society.

Diwali 2020: Follow these tips to decorate the main door on Diwali