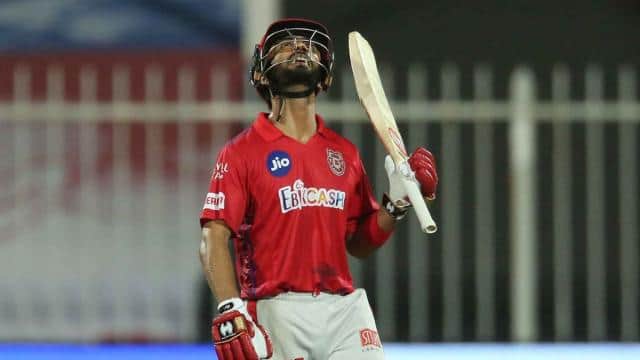 In the 13th season of the Indian Premier League, Kings XI Punjab (Kings XI Punjab, KXIP) registered a stunning win against Kolkata Knight Riders (KKR) on Monday. Chris Gayle and Mandeep Singh hammered Hafsenchuri and gave the team the target of 150 runs to win in 18.5 overs. Mandeep Singh returned not out after scoring 66 runs. Mandeep Singh, who played a crucial 66-run innings after losing his father three days ago, dedicated this innings to his father, saying that his father always wanted him to be ‘notout’.

Mandeep, after completing his half-century, looked at the sky with moist eyes, remembering his father. After the match, he said, ‘This is a very special innings. My father always said that I should stay notout. This innings is for him. When I scored a century or a double century, he would ask why I was out. He said of his innings, ‘My job was to score fast but I was not comfortable in that. I told Rahul if I can show my natural game and finish the match. He supported me and played aggressively himself.

Sehwag enjoyed the RCB defeat, said Bangalore was in a coma

Chris Gayle also scored 51 runs off 29 balls. Mandeep said, ‘I told Chris that he should never retire. He is the Universal Boss. Nobody like them. ‘ KKR captain Eoin Morgan said his team had to bear the brunt of losing the opening wicket early. He said, “A quick counter-attack in Sharjah is essential if we lose early wickets.” We could not make good partnerships. We should have scored 185 or 190 runs. But we kept losing wickets. We have to do our best in the remaining two matches.

PM Modi spoke to Mulayam Singh Yadav, congratulated him on his birthday