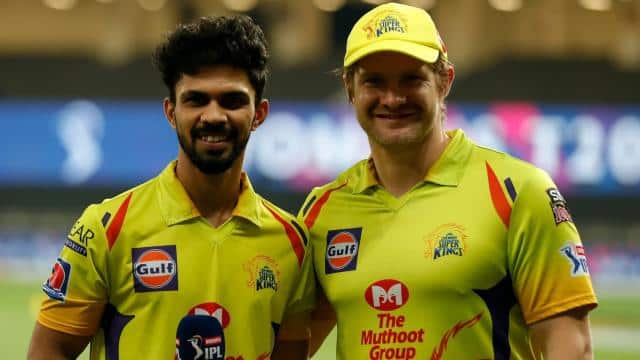 In the 49th match of IPL 2020, the team of Chennai Super Kings (CSK, CSK) beat Kolkata Knight Riders (KKR, KKR) by 6 wickets, performing brilliantly. KKR, batting first, scored 172 runs, losing 5 wickets in 20 overs thanks to the innings of Nitish Rana (87). In response, CSK’s team got the match to their name due to the innings of Rituraj Gaikwad (72) and Ravindra Jadeja (31) in the last over. Rituraj was adjudged Man of the Match for his best innings. Rituraj Gaikwad said that it was a success due to following the advice of Captain Dhoni.

IPL 2020: Punjab-Rajasthan teams can take off with this playing XI

After playing a brilliant innings against KKR, Rituraj Gaikwad said, ‘I am feeling very good. I am quite confident too, I backed myself up when I was out early in those two innings. I knew that the situation was a bit difficult. Kovid has made me tuff. As our captain says, face every situation with a smile. I was positive and I did not give much thought to the future.

Rituraj Gaikwad looked very good in this match and he hit 6 fours and 2 sixes in his 72-run innings. Apart from Gaikwad from Chennai side, Ambati Rayudu (38) also played a good innings, while in the last overs, Jadeja scored 31 runs in 11 balls to give the team victory. This is CSK’s 5th win in the 13th match, while KKR’s team has suffered their 7th defeat of the season and now it looks very difficult for the team to reach the playoffs.

Modi government is distributing money to people below 18 years in the name of COVID Fund, know the truth of this news?