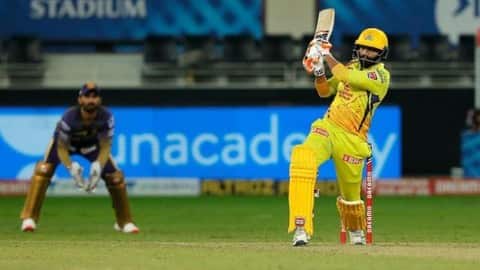 In the Indian Premier League (IPL) being played in the UAE on Thursday, Chennai Super Kings made it difficult for them to make it to the playoffs by defeating two-time champions Kolkata Knight Riders by six wickets. In this match, Chennai captain Mahendra Singh Dhoni won the toss against Kolkata and decided to bowl first. Kolkata, thanks to a blazing knock of 87 by Nitish Rana, gave the Chennai Super Kings a target of 173 runs to win. In response, Chennai achieved it by losing opener Ruturaj Gaikwad’s superb fifty and then losing four wickets in the last over thanks to Ravindra Jadeja’s fiery batting. This is Chennai’s fifth win in the tournament.