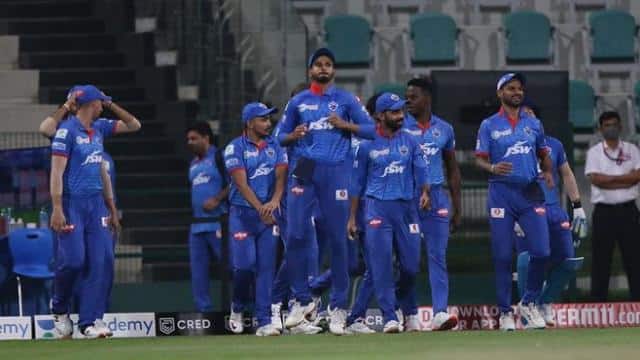 Delhi Capitals skipper Shreyas Iyer said after his six-wicket win over Royal Challengers Bangalore in the Indian Premier League to make it to the playoffs by finishing second in the points table with a six-wicket win, his team intended to win the match She had come down and not focused on net run rate. In addition to the half-century of Bangalore opener Devdutt Padikkal (50), Bangalore team could score 152 runs for seven wickets despite excellent innings of AB de Villiers (35) and captain Virat Kohli (29), in response to which Delhi Capitals scored Rahane (60) and The second wicket partnership of 88 runs between Dhawan (54) led to 154 runs for four wickets in 19 overs.

IPL 2020: By winning Delhi Capitals and losing to Royal Challengers Bangalore in the playoffs

He said, “I think the bowlers executed the strategy very well and they knew what to do. In the hotel we talked about the weak and strong aspects of the opposing team in a few seasons and I think it worked today. “In the context of the first qualifier against Mumbai, he said that Mumbai is one of the best teams in the tournament. . We have to keep things comfortable, focus on basics, that’s what we talked about in the meeting.

For Delhi, Nortje took three for 33 while Rabada took two wickets for 30 runs. Ravichandran Ashwin bowled economically and took one wicket for 18 runs. Iyer said after Delhi’s win that I am very happy with the team’s performance. We knew it was a do or die contest and our focus was only on winning, not on net run rate. The teams that won the second half changed the situation completely. This is definitely a very competitive tournament. Iyer praised the bowlers fiercely and said that they executed the strategy very well.

China’s tension is not reduced by the defeat of Trump, Dragon said – Biden will also continue vigorously

IPL 2020 Final DC vs MI: What Rohit Sharma said before the title fight against Delhi Capitals