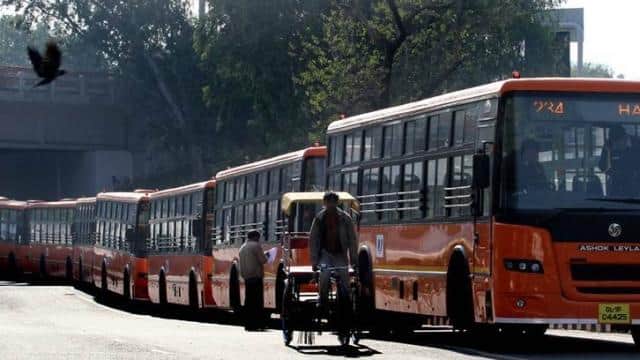 Intra-state bus service in Delhi will start this week. But inter-state buses older than 2015 will not get admission in Delhi. This condition has been laid down in the Standard Operating Procedure (SOP) prepared by the Delhi Transport Department to start the inter-state bus service. The reason for this is the increased pollution in Delhi. If sources are to be believed, from next Tuesday, buses can be started from the Interstate bus stand.

Transport Minister Kailash Gehlot has called a meeting of transport officials on Monday regarding the SOP prepared by the Transport Department. In which SOP will be discussed. The transport department has asked to start 50 percent inter-state bus service at SOP by 15 November. Due to which, there will not be a sudden rush of buses and buses. If all goes well, later operations can be started at full capacity.

Delhi has a total of three Kashmiri Gate, Anand Vihar and Sarai Kale Khan inter-state bus stand. Before the lockdown, a total of 3467 interstate buses poured from different states from three places. Due to this, three lakh people used to travel daily. Most of the buses run from Kashmiri Gate bus stand.

Kovid investigation will be arranged at the bus station

Delhi Transport Department said that there will also be a system to conduct a Kovid test at the bus station. Thermal screening will be done before entering the bus. The bus driver and his assistant will also be screened. If any type of symptoms are found in a patient, then a Rapid / RTPCR test will be done at the Kovind Testing Center at the bus station. Thermal screening of passengers coming from outside will also be conducted if necessary.

Buses will sanitize before they leave the airport

According to the Transport Department, the state that has a bus will have to be sanitized before it can run from there. His certificate has to be shown to the Delhi Basadda administration. Similarly, when the bus from Delhi is settled, it will be sanitized. So that the kovid infection can be prevented from proceeding further. Masks will be mandatory for all passengers. Travel will not be allowed if symptoms occur.