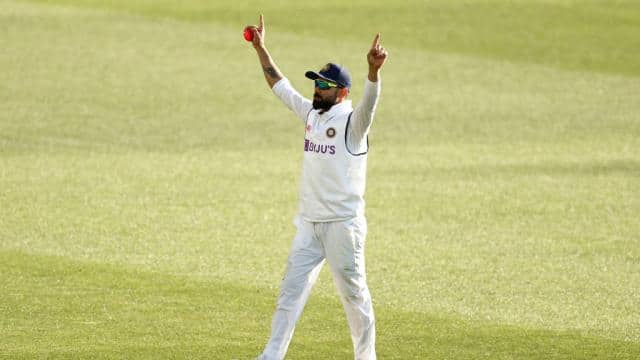 The Indian bowlers were named on the second day in the first match of the first Border-Gavaskar Test Series being played in Adelaide. In response to India’s first innings of 344 runs, the entire Australian team could score only 191 runs. By the end of the second day’s play, India had scored 9 runs after losing the wicket of Prithvi Shaw in the second innings. Bumrah and Mayank Agarwal are present at the crease.

Bumrah won everyone’s heart due to batting in the second innings, a big welcome

Cameron Green’s debut innings was stopped short by an absolute classic from Virat Kohli – and the Indian captain enjoyed it a lot! #OhWhatAFeeling@toyota_Aus | #AUSvIND pic.twitter.com/krXXaZI1at

On the second day of the match, there were many occasions when the Indian team made easy catches. But Captain Kohli caught such a catch of Green that everyone was surprised. Green was batting in the 41st over of the Australian innings. He played short in the air at short mid-on off Ashwin, but fielding there, Kohli caught a great catch, catching it in the air. Everyone is praising Virat for this magnificent catch.

Ind vs Aus Day-Night Test: From the great bowling of Team India to poor fielding, five big things of Day-2

Before this catch by Kohli, the fielding of the Indian team was quite average. Marnus Labusen’s two easy catches missed during fielding. Virat Kohli scored an unfortunate run-out after scoring 71 runs in the first innings. Captain Kohli will return to India at the Paternity Leave after the first Test. The team will be captained by Ajinkya Rahane in the final three Tests.

Who will be the President of America? When will the results of American elections come? Read here the answer to every question

See photos: RJD leader and CM face Tejashwi Yadav celebrated his birthday at home like this.