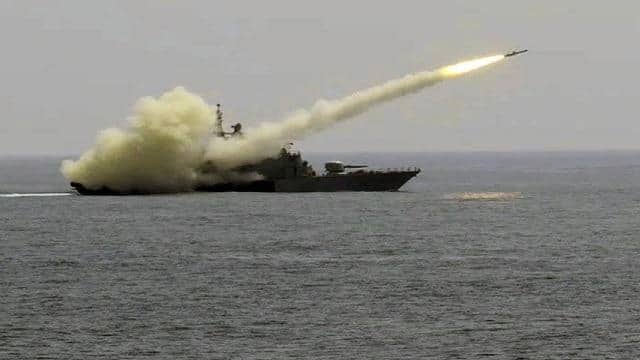 The missile is being continuously tested by the Indian Army in the midst of an ongoing conflict with China since May along the Line of Actual Control in eastern Ladakh. The Indian Navy successfully test-fired the anti-ship missile in the Bay of Bengal on Friday. The official said that this shows India’s maritime strategic readiness. The Navy said that the missile pierced the target at maximum distance with accuracy.

The Navy said in tweeting- “Indian Naval Guided Missile Corvette INS Kora in the Bay of Bengal fired an anti-ship missile and aimed at the maximum distance with precision.”

Last week, the Navy released a video of an anti-ship missile destroying a sinking ship with “lethal accuracy” somewhere in the Arabian Sea. This missile was fired from frontline Corvette INS Prabal as part of the Meg exercise. During this time several fighter ships, attack helicopters, fighter aircraft and other naval weapons were included with the fighter aircraft carrier INS Vikramaditya.

The Indian Navy has increased the deployment of troops in the Indian Ocean region to convey a message to China amid tension in eastern Ladakh. The Indian Navy has participated in several joint naval exercises during the last few weeks. In addition, India conducted a three-day exercise with the Japanese Navy from 26 September to 28 September.

Last month, the Indian Navy conducted a two-day mega exercise with the Australian Navy in the Indian Ocean. Anti-aircraft drills and helicopter operations were carried out during this complex exercise.

IND vs AUS: Team India player, Shikhar Dhawan to be seen in new jersey against Australia

Arnab’s release: Mehbooba questions the Supreme Court’s resentment over the right to freedom