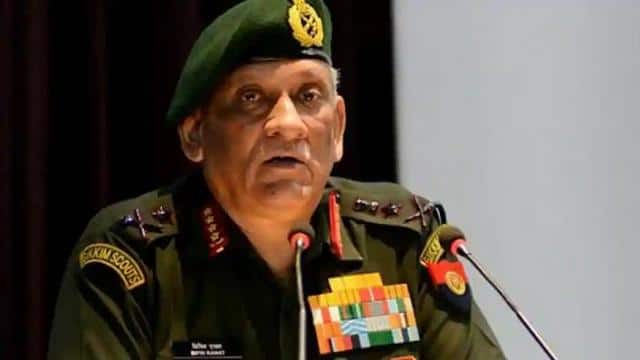 General Bipin Rawat is on a visit to Ladakh to review the overall preparedness of the army, where thousands of soldiers from India and China are stationed on the high mountains amid a deadlock over the past eight months. Official sources told Semwar that General Rawat would be apprised by Lt Gen PGK Menon, the commander of the 14th Corps at Leh and other senior army officers on the security situation in eastern Ladakh.

The Chief of Defense Staff visited important locations including various outposts in the Dimbagh Valley, Lohit Sector and Subansiri Valley along the Line of Actual Control (LAC) in Arunachal Pradesh before this visit to Ladakh.

A source said, the CDS will review the overall security situation in the eastern Ladakh region. General Rawat is likely to travel from Ladakh to Kashmir on Tuesday. The Army and Air Force are positioned in a ready position to deal with any situation near the 3500 km LAC with China in view of the military standoff in eastern Ladakh.

The Indian Army has deployed around 50000 soldiers at various locations in East Ladakh. According to officials, China has deployed the same number of troops. Despite several rounds of talks at the military and diplomatic level between the two sides, no concrete solution has been found so far. Last month, Army Chief MM Narwane visited East Ladakh to review the ground situation in the region.

Delhi: Farmers Mall set up at Tikari Border for agitating farmers, getting everything needed

Corona broke all records in Delhi, for the first time more than 7000 new cases and 64 lives

Special arrangements have been made for Virat Kohli’s stay in Australia, know details

IPL 2020 was to be canceled due to Novak Djokovic, Arun Dhumal made shocking disclosure