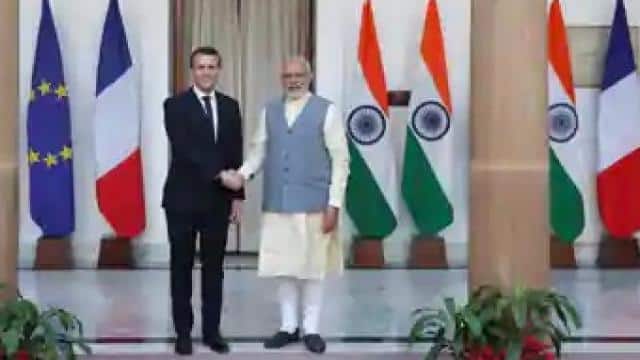 India and France will fight together against all forms of fundamentalism. After the terrorist act in France, India has made it clear to France that fundamentalism is the most dreaded form of censorship and needs to be fought together. The two countries will also work together to scale the spread of online fundamentalism. It involves exchange of information, technical cooperation, gathering information of the original source of radicalism and the strategy of international competition. Many other like-minded countries will cooperate in online crime analysis and sharing of intelligence.

Sources said, India has once again made it clear that it is standing with France in the current crisis. At the same time, India has also called for coordinated action against those who support terrorism and fundamentalism. According to highly placed sources, New Delhi has clarified its stand saying that terrorism and the radicalism that gave rise to it are the most dreaded forms of censorship. It is a threat to our democratic freedom and our shared republican ideals. What happened in Paris and Nice cannot be tolerated. India is with France in this battle.

Emphasis on shared action:
Without naming any country, India said that whose terrorist activities are supported, it is well known. Therefore, we must take a coordinated and decisive action. We cannot think of postponing it. Describing fundamentalism as the originator of terror, India has given a clear message that we cannot pretend that such actions only come from lone-wolf initiatives and misguided individuals. Fundamentalism has an infrastructure, including its online manifestations. It has the support of states and organized institutions. Everyone knows who is behind it. According to sources, India has made it clear that we cannot and should not postpone a coordinated and definitive response. Significantly, India was the first non-Western country to support French President Emmanuel Macron after Turkey and Pakistan opened a front against France.

Foreign Secretary spoke on several issues:
India’s foreign secretary Harsh Shringla is on a scheduled visit to Paris amid developments in France. During this time he met with the French Foreign Ministry Secretary-General François Deltre and the French President’s diplomatic advisor Emmanuel Bonne. Sources said that the Foreign Secretary has discussed many issues like joint war against terrorism, global warming, maritime security, sustainable development, international institutions based on norms. This is Foreign Secretary Shringla’s first visit to a non-neighboring country during the pandemic period. Earlier, he visited Bangladesh and Myanmar.

Cooperation will also increase in Indo Pacific:
Sources on Indo Pacific said that India and France understand each other well and both have been insisting on increasing cooperation. France has appointed Christoph Penot as envoy for the Indo Pacific. Senior diplomat Penote’s last posting was as the French envoy to Australia. He has also been a French envoy to Malaysia and has served in Tokyo, Ottawa, London, Hanoi.