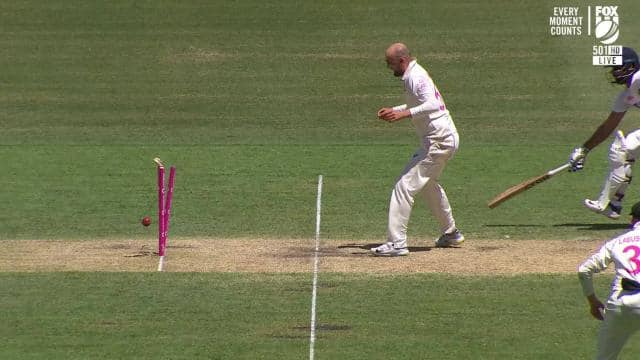 AUS vs IND 3rd Test Day 3: The third match of the four-match Test series between India and Australia is being played at the Sydney Cricket Ground. India’s team is playing its first innings. Earlier, Australia’s team was all out by scoring 338 runs in the first innings. Kangaroo team captain Tim Paine won the toss and decided to bat first. The series is currently at 1-1. The first match of the series between the two teams was played in Adelaide, which was won by Australia by eight wickets, while in the second match India retaliated by eight wickets.

06:40 AM: Australia lost their second review. In 73.1 overs, the Australian players appealed against Labusheen to Pant, but the on-field umpire called it a notout. Subsequently, Captain Tim Paine used the review, but he too could not change the decision. Pant is intact at the crease.

6:08 AM: India gets fourth shock. In 67.2 overs, Hanuma Vihari ran for a run after playing the shot, but he returned to the pavilion in the runout after Josh Hazlewood’s superb fielding and direct throw. Hanuma scored 4 runs.

HOFFFFFFFFFFFF! 🔥 One of the greatest run-outs you will ever see 👏

Got him! Cummins comes up trumps to knock over Rahane. He’s chopped on for 22.

04:31 AM: The third day of play begins. For India, Ajinkya Rahane and Cheteshwar Pujara were present at the crease. Nathan Lyon is doing the first over for Australia.

Here we go! Day three at the SCG underway

IND vs AUS: India, who trailed in the Test series, will return to Melbourne, tying the record!

The threat of corona continues across the world, Singapore minister said – no option is to cut yourself off from the world

Many veteran cricketers including Sehwag congratulated on Diwali, Virat Kohli made special appeal to people

IPL 2021: complete list of all team’s retainers and released players