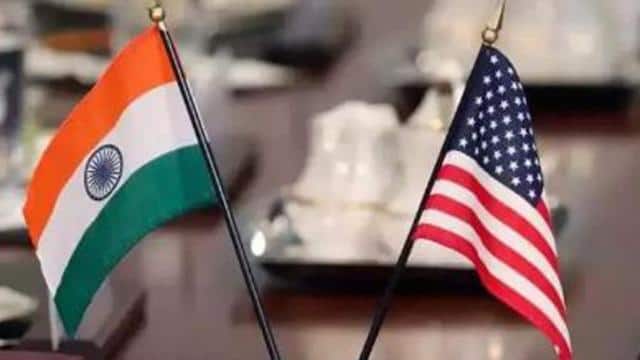 US Secretary of State Mike Pompeo and Defense Minister Mark T Esper have arrived in India. The US Secretary of State and the Defense Minister have come for the third ‘2 + 2’ ministerial meeting. India and the US are going to sign the Basic Exchange and Cooperation Agreement (BECA) on Tuesday. The agreement between the two countries will increase the tension of countries like China and Pakistan amid tension over LAC. Let us tell you what this agreement is and how it will increase the strength of the country.

Defense Minister Rajnath Singh and his US counterpart Mark T Esper expressed satisfaction during the meeting on Monday that the BECA will be signed on Tuesday between the two countries. With this, it has been decided that the long pending BECA agreement will be finalized to further promote bilateral defense relations. Under this agreement, the two countries will be able to share state-of-the-art military technology, logistics and geospatial maps.

The BECA is the last of the four fundamental agreements between India and the US, which will increase logistics and military cooperation between the two countries. The first of these was in 2002, related to the security of military information. Two other agreements were signed in 2016 and 2018 related to logistics and secure communications.

The BECA agreement is considered a milestone in the relationship between India and the US. The deal would allow India to use the US geospatial maps and capabilities, which would increase the accuracy of weapons, including automated hardware systems and cruise-ballistic missiles. According to some reports, it will also serve as the basis for the purchase of armed unmanned weapons (UAVs) by India from the US.

These UAVs depend on US geospatial data for enemy attacks from the sky. The agreement is coming at a time when India is considering purchasing 30 General Atomics MQ-9 Guardian drones from the US. Intelligence information has already been exchanged between the US and India. During an escalation with China in Doklam in 2017, the US reportedly provided intelligence to the Indian Army about the movement of Chinese troops.

This meeting is taking place at a time when India is facing deadlock along the border with China and the issue is expected to be discussed. The United States has been critical of China over various issues over the past few months. These issues include border disputes with India, its increasing military aggression in the South China Sea, and ways to deal with anti-government protests in Hong Kong.

The US named India a “major defense partner” in June 2016, showing its intention to take defense trade and technology exchanges to the level of its closest allies. The first ‘two plus two’ meeting took place in Delhi in September 2018, after the mechanism was approved by Prime Minister Narendra Modi and President Donald Trump. The second edition of the meeting was held in Washington in December last year.