India thrashed South Africa by 8 wickets in the first match of the three-match T20I series, thanks to strong half-centuries from Suryakumar and KL Rahul after a lethal bowling by bowlers. Batting first, South Africa scored 106 runs in 20 overs for the loss of 8 wickets. In response, India won the match by 8 wickets with 20 balls to spare. Suryakumar scored 50 and KL Rahul scored 51 runs for India.

Chasing the target of 107 runs, India did not have a good start. In the third over itself, India lost the wicket of captain Rohit Sharma. He returned to the pavilion without opening an account. Virat Kohli was also dismissed after scoring three runs in 9 balls. After this, KL Rahul and Suryakumar Yadav gave India victory by sharing a half-century partnership for the third wicket.

Earlier, India restricted South Africa to 106 for eight in the first T20 International cricket match due to the stormy bowling of fast bowlers Arshdeep Singh and Deepak Chahar. Jasprit Bumrah was ruled out of the match after the back problem re-emerged, after which left-arm pacers Arshdeep (3 for 32) and Chahar (2 for 24) moved the ball to either side of the batsmen. bothered. Both these bowlers took full advantage of the bounce from the surface and the swing in the air to move the ball in both directions.

South Africa’s team came on the back foot in the first 15 balls of the match and before the team could understand anything, their score was five for nine runs. Chahar first caught Temba Bavuma (00) in the net of the outswing and then swinging him and bowled the ball coming in.

Arshdeep started by taking the ball away from left-handed batsman Quinton de Kock (01) and the batsman tried to strike the ball on the wickets. Another left-handed batsman, Riley Rosesau (00), also got caught by wicketkeeper Rishabh Pant on Arshdeep’s inswing going away from him. However, the ball that will be remembered for a long time, Arshdeep bowled David Miller (0). Miller was expecting an outswing and he came on the front foot for it but the bowler bowled an inswing and the batsman got bowled in an attempt to play the shot.

IND vs SA: Jasprit Bumrah injured before T20 World Cup, ruled out of first match due to back pain

Tristan Stubbs (00), the new sensation of T20 cricket, also played Chahar’s bouncing ball in the air and Arshdeep took a good catch by jumping forward. After the loss of five wickets, the road to a comeback for South Africa was very difficult and it happened as expected. Aidan Markram (25 runs in 24 balls), Wayne Parnell (24 runs in 37 balls) and Keshav Maharaj (41 runs in 35 balls) played an important role in taking the team’s score past 100 runs. The visiting team, however, never recovered from the setbacks in the first three overs of the power play. 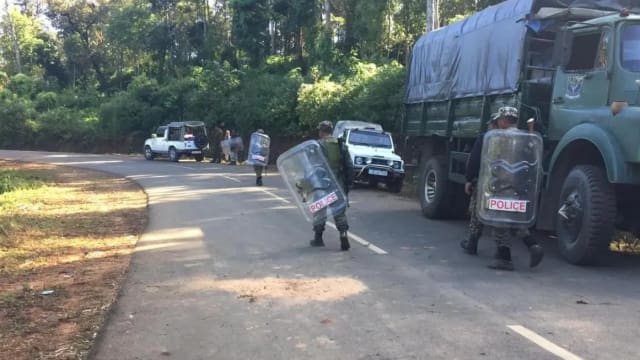