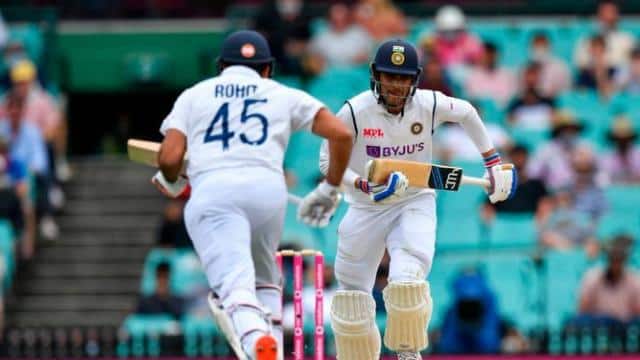 The first Test match of the four-Test series between India and England will be played at the M Chidambaram Stadium in Chennai from 5 February. After playing in domestic conditions, India is being seen as a favorite in this series. Team India has not lost any Test series at home since 2012. At the same time, the record of the England team over the last few years has been quite impressive on foreign tours. The Indian team will expect a good start from their openers Rohit Sharma and Shubman Gill to defeat England. Meanwhile, captain Virat Kohli has talked about Rohit and Shubman’s role in the Test series against England. With this, Kohli made it clear that both of them will be seen opening.

#TeamIndia captain @imVkohli speaks about the role @ ImRo45 and @RealShubmanGill will play at the top of the batting order in the @Paytm Test series against England. #INDvENG pic.twitter.com/3oOVjzyq8L

In a video shared by the BCCI, Kohli spoke about the role of Shubman Gill and Rohit Sharma and said that the team is looking to give Shubman Gill and Rohit a chance in all the Test matches. Kohli said that even if the victory in Brisbane against Australia was seen, both of them gave a good start to the team there as well, due to which a lot of work became easy. The captain of Team India said that we are expecting him to perform like Australia in the domestic series as well and he will be given full chance as an opener. In the last two Test matches against Australia, Rohit and Shumbhan gave a good start to the team.

Root said, this batsman’s wicket will not be the most important Kohli

In the second innings of the Gaba Test match, Shubman Gill had scored an innings of 91 runs while batting brilliantly, which was the first hope for the team’s victory. Gill made his Test debut against Australia in Melbourne and scored 45 runs in the first innings and an unbeaten 35 in the second innings. Rohit also scored very easily against the Kangaroo bowlers, though he failed to convert his good starts into big innings.

First dose of Corona virus vaccine given to nurse in US, Trump said – Happy America

Before the fifth round of talks with the government, farmers will make big announcement, India will be closed on 8 December

After gritty and notices on the Arogya Setu app, the government said – will give all information