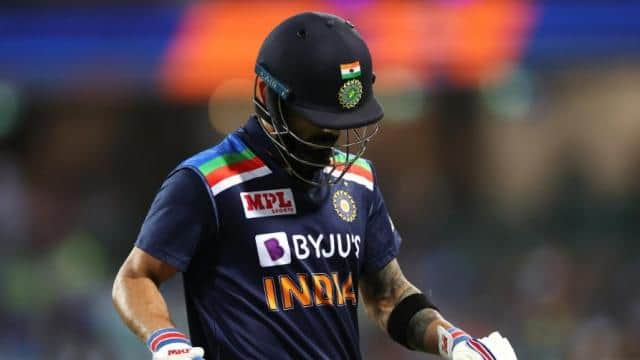 Indian captain Virat Kohli has no problem admitting that Australia, full of confidence in the second one-day international cricket match, beat them completely and blamed their team’s ineffective bowling for this. India suffered a 51-run defeat in the second ODI on Sunday, giving Australia a 2–0 winning lead in the three-match series. The Indian team lost by 66 runs in the first match.

“He completely beat us,” Kohli said during the post-match award distribution ceremony. I think we were not as effective with the ball, we could not bowl consistently from the line and length with which to deal and their batting order is strong. They understand the conditions and the angles of the field quite well. “

Chasing Australia’s target of 390, the Indian team could only manage 338 for nine despite having half-centuries from Kohli (89) and Lokesh Rahul (76). The Indian captain said, “Look at the scoreboard, we scored 340 runs and lost from around 50 runs.” We always knew that chasing the target was not going to be easy and one or two wickets falling could cost us 13, 16 runs per over, so we had to play shots consistently. “

IND vs AUS: India lost ODI series with a hat-trick of defeats to Australia in Sydney

Kohli said that the Australian fielders caught the catches of him and Shreyas Iyer (38) as the turning point. He said, “I and Rahul were talking that if we keep playing for 40-41 overs and also have to score 100 runs in the last 10 overs, then with Hardik (Pandya) coming, we can score, this was our strategy.” , But the two catches he took changed the stance. “

Another good news: after Pfizer, now the serum institute seeks approval for emergency use of vaccine ‘Kovishield’, the first Indian company

After the Nadda attack, the Chief Secretary and the Governor who was angry at the DGP, said- indicates the failure of the constitutional machinery

Important information for Delhi-NCR people: Many metro stations will be closed for some time on January 26, here is full information