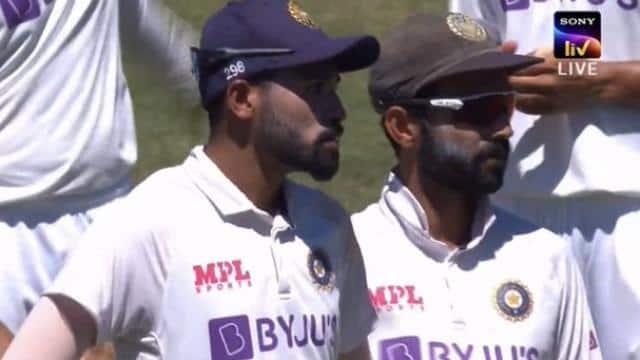 The third match of the four-match Test series is being played in Sydney between India and Australia. On the third day of this match, there was a big controversy when Indian fast bowlers Jaspreet Bumrah and Mohammad Siraj were abused by the audience. After this, Team India also complained to the match referee and the umpires. It was not completely calm that even on the fourth day of the match, some viewers again abused the Indian players. Because of this, the match was also stopped for some time. Later, some spectators were asked to leave the field following complaints of abuse by spectators of Indian players, after which the fourth day of the India-Australia game started.

A user has shared this video on social media. It can be seen in the video that Mohammed Siraj is seen pointing towards the audience and he is complaining to the umpire that some people in the audience are abusing him.

Bring back Kohli for the 4th Test Match

Australia are in a very strong position in this match. On the fourth day of the match, Steve Smith missed his second century in the match but young Cameron Green hit a fiery half-century as Australia declared their second innings for 312 for six at the T-break on the fourth day of the third cricket Test on Sunday. Gave an extremely difficult target of 407 runs.

Green (84 off 132 balls) batted fearlessly after a slow start on a batting pitch. He hit eight fours and four sixes in his innings and added 104 runs in less than 20 overs for the sixth wicket with captain Tim Paine (39 not out off 52 balls). For Australia, Steve Smith (81 off 167 balls) and Marnus Labuschen (73 off 118 balls) also hit half-centuries.

India also suffered the brunt of poor fielding in this match when Hanuma Vihari, vice-captain Rohit Sharma and captain Ajinkya Rahane made easy catches at square leg, slip and lane respectively. Ravichandran Ashwin (2 for 95) prevented Smith from scoring a second century in the match after a successful DRS but overall the off-spinner was disappointed with his bowling.

Two drunk girls waved a knife and asked the women, take out the goods, otherwise they will kill them

Sachin Tendulkar congratulated Mohammad Kaif on his birthday in a special way, said that this name was famous among fellow players- VIDEO