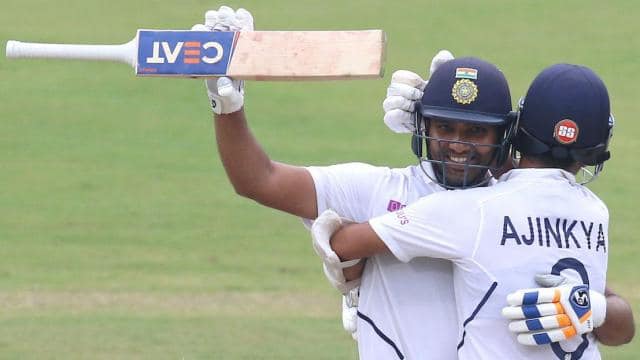 As a precaution on the tour to Australia, the entire team along with five Indian players staying in quarantine will fly from Melbourne to Sydney on Monday in a chartered plane together for the third Test of the series. Vice-captains of the Indian team against Rohit Sharma, Rishabh Pant, Shubman Gill, Prithvi Shaw and Navdeep Saini Corona virus Investigations are on to break the alleged violation of the applicable Kovid-19 protocol but will not prevent them from traveling with the team. Cricket Australia said in a media press release issued on Sunday that they are investigating the matter in association with the BCCI. The case caught on when a fan named Nawaldeep Singh shared a video on Twitter in which all five were eating at an indoor restaurant.

A BCCI official told PTI on the condition of anonymity, ‘If you read the statement of Cricket Australia (CA) carefully, they never said that it is a violation. They said they wanted to determine if it was a violation. ‘ “Therefore, there is no restriction on these five players going to Sydney with the team. The entire team is flying tomorrow afternoon. It is learned that the Indian team is not happy with the way Cricket Australia has dealt with this issue. The source said, ‘If that fan had not lied on social media about hugging the player (Pant), then this matter would not have been big. The players went inside because there was drizzle.

He said, “He made the video without permission and then paid the bill for publicity without asking anyone and put it on social media.” He asked, ‘Do you want to say that Cricket Australia will decide based on the video of a person who lied first and then retracted his statement. After this whole case, the functioning of the team’s administrative manager Girish Dongre is also being questioned.

The doctor said, how long will it take for Sourav to return to normal life

Another BCCI official said Dongre is an employee of the BCCI and has been hired to handle the team over the Kovid-19 protocol. He said, ‘It is not necessary for players to remember everything in the protocol. There is a professional team for this work, who have to ensure that every rule is followed. It was Dongre’s duty to ensure that the players were told that they could not go to an indoor arena. ‘ Australian media claimed on Sunday that the Indian team did not want to travel there for the fourth Test due to strict quarantine rules in Brisbane. But it has been learned that the fourth and final Test of the series will be played from its scheduled schedule from 15 January at the Gaba ground in Brisbane.

A boundary ban on Kovid-19 is a problem between the Government of New South Wales (the venue of the third Test in Sydney) and the State of Queensland (Brisbane). Sydney and Surroundings Corona virus Queensland has closed its borders for people traveling from New South Wales due to increasing cases of. The test match, however, will be an exception to this and the players will remain under the strict protection of IPL-like Kovid-19.

The BCCI is yet to contact Cricket Australia about the fourth Test to be held separately from Sydney in Brisbane. A BCCI official said, ‘The situation is always changing. We should wait a few more days for this.

The farmers rejected the proposal of the central government, will accelerate the movement across the country; Delhi-Jaipur highway-free to shut down toll plaza, boycott Reliance-Jio